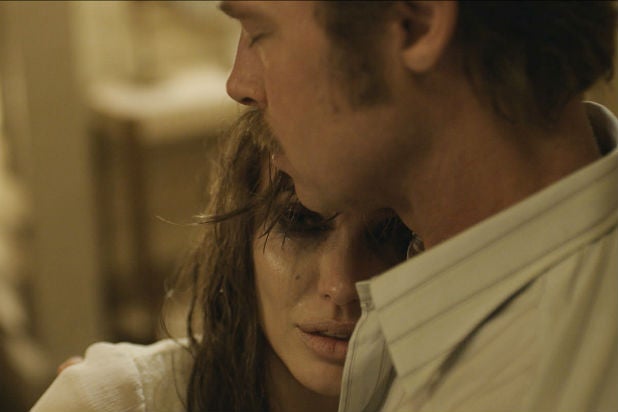 “By the Sea,” the next directorial effort by Angelina Jolie Pitt, will open the AFI Film Festival, the festival announced Thursday.

The Universal Pictures film will premiere Nov. 5, at the historic TCL Chinese Theatre in Hollywood. Jolie Pitt serves as director, producer, writer and star of the film. Her husband, Brad Pitt, also serves as producer in addition to starring.

The film follows an American writer named Roland (Pitt) and his wife, Vanessa (Jolie), who arrive in a tranquil and picturesque seaside resort in 1970s France, with their marriage in apparent crisis.

As they spend time with fellow travelers, including young newlyweds Lea (Mélanie Laurent) and François (Melvil Poupaud) and village locals Michel (Niels Arestrup) and Patrice (Richard Bohringer), the couple begins to come to terms with unresolved issues in their own lives.

“Time and again, Angelina Jolie Pitt has proven herself an artist of the highest caliber,” AFI president and CEO Bob Gazzale said. “It is an honor for AFI to celebrate her latest story with its world premiere – and in doing so – to shine a proper light upon her boundless creative energies as actor, director, writer and producer.”

The 29th edition of AFI FEST takes place November 5-12, 2015. Screenings and Galas will be held at the Dolby Theatre, the historic TCL Chinese Theatre, the TCL Chinese 6 Theatres, the Egyptian Theatre and the Hollywood Roosevelt Hotel. The full festival lineup and schedule will be unveiled in October.