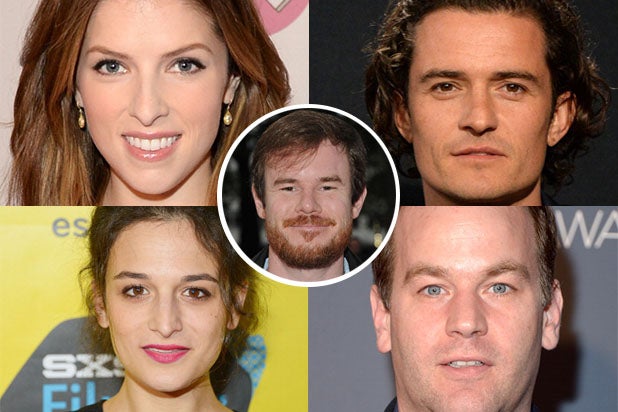 Johnson and DeWitt star in the film, while Rockwell, Larson and Bloom have significant supporting roles. Kendrick, Birbiglia and Slate have smaller roles in the film.

Swanberg directed from a script he co-wrote with Johnson, and the duo also produced along with Alicia Van Couvering.

Plot details are being kept under wraps, but one interesting nugget of information is that Ben Richardson (“Beasts of the Southern Wild”) shot “Digging for Fire” on 35mm.

Kendrick recently reteamed with Swanberg on “Happy Christmas” after working with him and Johnson on “Drinking Buddies.” She’ll soon be seen as Cinderella in Disney’s “Into the Woods.” She’s repped by CAA and attorney Todd Rubenstein.

While Bloom recently reprised his famed role as Legolas in “The Hobbit: The Desolation of Smaug” and will return for “The Hobbit: The Battle of the Five Armies,” he has been embracing the indie world of late, with roles in “Romeo and Juliet,” the Forest Whitaker movie “Zulu” and the medical thriller “The Good Doctor.” He’s repped by CAA, Brillstein Entertainment Partners, Independent Talent Group and attorney Patti C. Felker.

“Saturday Night Live” alum Slate is coming off rave reviews for her turn in Gillian Robespierre’s “Obvious Child,” which hits theaters in June via A24. She recently wrapped the indie movie “The Longest Week” with Jason Bateman and Olivia Wilde, and can also be seen on NBC’s “Parks and Recreation.” She’s repped by WME, 3 Arts Entertainment and attorney Josh Sandler.

Birbiglia is the popular comedian who wrote, directed and starred in the acclaimed indie “Sleepwalk With Me.” He’ll soon be seen in “The Fault In Our Stars,” Sony’s “Annie” remake and Judd Apatow‘s comedy “Trainwreck.” He’s repped by UTA and Jackoway Tyerman.