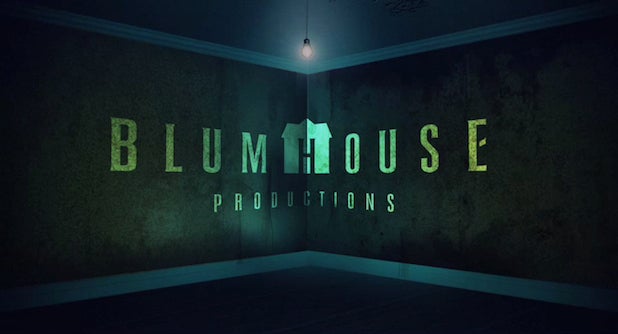 The horror production house Blumhouse said it has plucked Josh Small from indie studio Annapurna, to be the company’s new chief financial officer.

Small was the CFO at Annapurna, the studio behind “Detroit” and 2018’s “Sorry to Bother You.” Annapurna will promote James Pong in Small’s place.

He joined Annapurna in 2015 after a two-year stint running the operations at Topline Game Labs. Small previously worked at Canon Media Partners, JP Morgan, and Universal Pictures. He is replacing Roland Wieshofer at Blumhouse, and will be tasked with helping continue the company’s expansion into television.

Wieshofer, who played an instrumental role in Blumhouse’s growth, is leaving the company to pursue an opportunity in the start-ups world.

Earlier this week, the first trailer for the Blumhouse-produced Netflix horror series “Ghoul” was released. The studio also has a true crime documentary series, “No One Saw a Thing,” in the works with SundanceTV and its streaming service Sundance Now.

Since joining Annapurna from Sony, Pong has led business development at the company and was responsible for new initiatives, long-term strategy and partnership opportunities. He began his career in investment banking and strategic consulting.

I wanted to share the news that Roland Wieshofer will be leaving the Company over the next month or so. Roland came to me several months ago and told me he wanted to go back to the world where his real passion lies, which is start-ups.  I understood and supported his decision.  We’ve been working together since to identify his successor.

As the first CFO of Blumhouse, he played an instrumental role in our growth from a glimmer in the eye of Blum to a growing force in both film and television.  He also was a key player in launching Operam, an investment of which both he and I are very proud.

He has been a trusted colleague and confidante for more than four years and Jason and I are sincerely grateful for all his contributions to Blumhouse.

At the same time, I am pleased to announce that Josh Small will be joining the company next month as our new CFO.  Josh has spent his career advising and managing entertainment companies in all aspects of corporate finance and business strategy. For the past three years he has served as CFO of Annapurna Pictures. Previously, he spent two years as COO of fantasy sports start-up TopLine Game Labs.  Earlier, he advised investors and early-stage media companies as an investment banker at J.P. Morgan. He started his career at Universal Pictures on the studio’s business development and strategic planning team.

Josh will begin spending time in the office in the next couple of weeks and he and Roland will be working together on the transition.  I know you will join Jason and me in welcoming Josh to Blumhouse and wishing Roland all the best in what comes next.