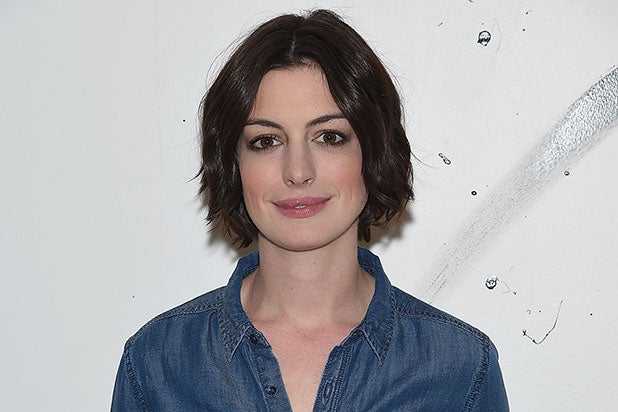 Anne Hathaway will produce and star in the sci-fi action comedy titled “The Shower,” an individual with knowledge of the project has told TheWrap.

The actress will be producing with her husband, Adam Shulman, along with Andrew Lauren of Andrew Lauren Productions and D.J. Gugenheim.

Jac Schaeffer, who wrote “The Shower,” will also produce.

Also Read: Anne Hathaway to Star in TV Adaptation of 'The Ambassador's Wife'

The film begins during a baby shower, when the guests find themselves witnessing a meteor shower that turns men into aliens — forcing the women to fight to save themselves and the entire world.

No studio has signed on to distribute the project yet, as the primary focus is to find a director and other actors.

Also Read: Anne Hathaway Points Finger at Media for Her Reputation of Being 'Hated'

Last year, the sci-fi comedy made the Blacklist, which is an annual listing that features the best un-produced screenplays of Hollywood.

Previously, Andrew Lauren Productions has acted as a lead producer for projects like “The Spectacular Now” and “The Squid and the Whale.” In order to produce three films a year, the production company hired Gugenheim as president of production in April. Gugenheim served as a development executive at Lotus Entertainment prior to making the move.

Hathaway is represented by CAA, Management 360 and Sloane Offer.