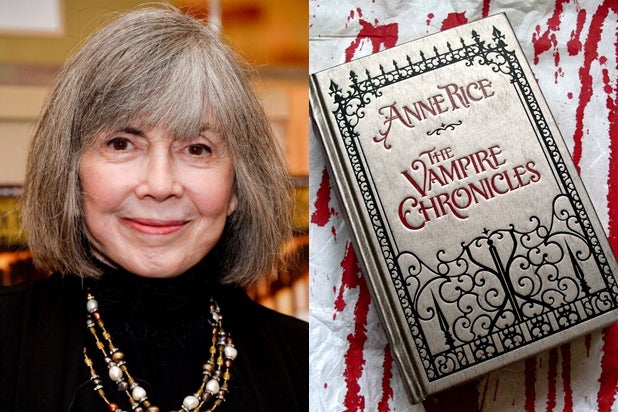 Universal Pictures has acquired the rights to author Anne Rice’s novels in “The Vampire Chronicles” series for Brian Grazer and Imagine Entertainment to produce with Alex Kurtzman and Roberto Orci.

The deal ensures that Universal and Imagine will have an entire body of existing and future novels in Rice’s “The Vampire Chronicles” series, including the adapted screenplay for “Tale of the Body Thief,” written by Rice’s son, author Christopher Rice. Other novels in the series include “Interview with the Vampire” and the upcoming “Prince Lestat.”

Imagine Entertainment president Erica Huggins will oversee the series on behalf of the company, while Bobby Cohen will executive produce.

Janklow & Nesbit Associates and attorney Christine Cuddy represents both Anne Rice and Christopher Rice, who are also represented by CAA and Resolution, respectively.

Kurtzman and Orci are represented by CAA and attorneys Michael Gendler and Kevin Kelly.