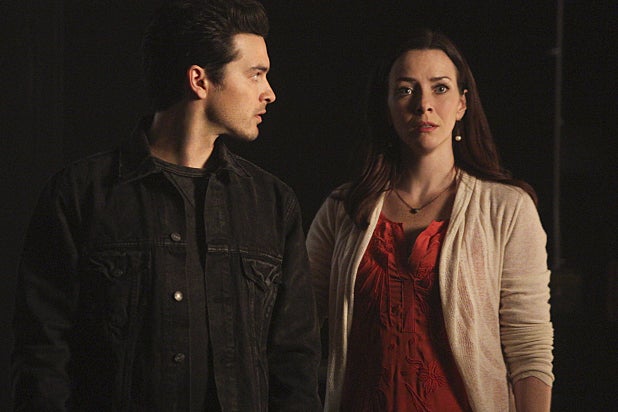 Mama Salvatore is back and she’ll have a major role to play on Season 7 of “The Vampire Diaries.”

Annie Wersching will return to Mystic Falls for a major recurring arc on The CW’s vampire drama, TheWrap has learned.

“The Vampire Diaries” wrapped up its sixth season with an emotional farewell to Elena Gilbert and the actress who plays her, Nina Dobrev, who opted not to return to the show for Season 7.

Meanwhile, Wersching’s character Lily Salvatore — mother to Damon (Ian Somerhalder) and Stefan (Paul Wesley) — became more crucial to the plot than ever, hooking back up with some heretic (vampires with witch powers) pals and gearing up to be a major antagonist going forward.

During the 2015 Upfronts, CW boss Mark Pedowitz expressed his desire for “The Vampire Diaries” to run for several more seasons despite losing its leading lady. Focus is expected to zero in more on Salvatore brothers Stefan and Damon.

Wersching’s other recent credits include recurring gigs on “Extant,” “Bosch” and “Dallas.” She is currently filming a recurring role on ABC’s “Castle.”

She is represented by SMS Talent.