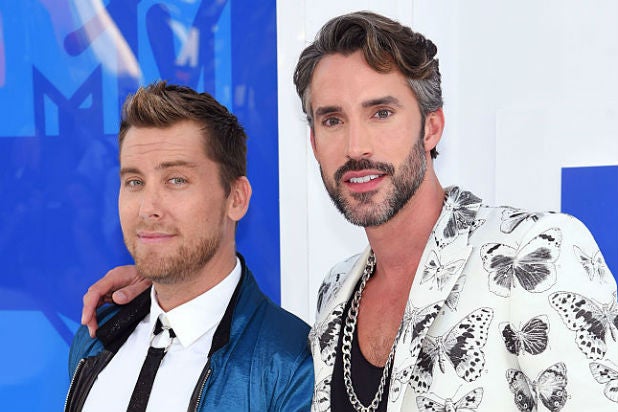 The last thing you’d expect on a gay version of “The Bachelor” is homophobia among contestants — but Logo’s new dating show is flirting with that possibility.

In the first episode of “Finding Prince Charming,” which premieres Thursday, the most effeminate of the all-male contestants is confronted and humiliated for his flamboyance. The mocking of Robby, a 26-year-old beauty expert, is sure to ignite conversations about internalized homophobia — and that’s the point.

“I would never do anything that perpetuated stereotypes that I thought were destructive,” show creator Brian Graden told TheWrap. “What happened was the honest reaction and we thought it was important to explore.”

Robby’s effeminacy is apparent from the moment he enters, nodding his approval at the topiaries lining the luxury home he and 12 other men shared while chasing Prince Charming (an interior designer named Robert Sepulveda Jr.).

“Let’s get this party started, bitches!” Robby shouts at his competitors. The camera pans to 31-year-old Sam, who looks disgusted at the shrieks and one-liners Robby brings to the group — to say nothing of the physical affection. Other contestants referred to his “energy’ and “larger-than-life” personality.

“I’ve never met anyone like Robby before, except for maybe in the theater,” Sam says in a confessional segment. He seems mortified by Robby’s behavior, and incredulous that no one else openly shares his discomfort.

Also Read: Is Colton Haynes Getting an LGBT Visibility Award 'Just for Showing Up'? 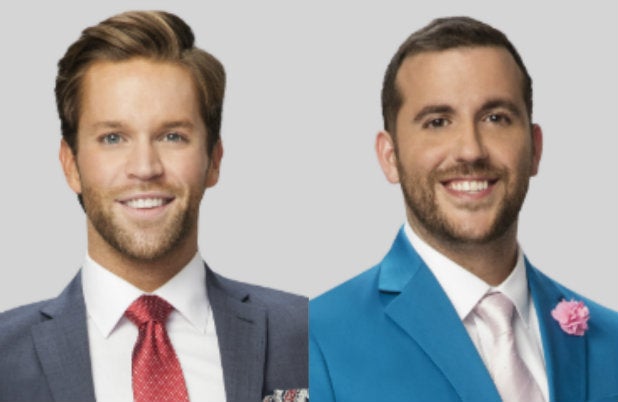 After Sepulveda is revealed as the prince and leaves the party, the housemates stay behind and drink. Sam confronts Robby in front of everyone, asking him, “Are you always over the top like this? Is this just who you are?”

Robby squirms, running his fingers through his hair, and attributes the attack to Sam being a typical conservative Virgo.

But Sam will not relent. He explodes by telling Robby metaphorically, “Fix your dress!”

The moment encapsulates a discussion about shame and male identity rarely seen outside of the gay community.

“It’s hard to imagine a scenario in which degrees of effeminacy don’t become a sore spot when you put a bunch of gay male strangers in a house,” said David Thorpe, who directed a 2015 documentary called “Do I Sound Gay?” that explores stereotypes and self-image.

“The silver lining is that we’ll hopefully have a public conversation about it,” Thorpe added.

Robby’s journey, it turns out, is anything but predictable. A clip package introducing his life story recalls his anxious coming out as a 15-year-old football player in a small town. He is shocked when his entire team not only rallies behind him, but pledges to defend him in the halls of his school. Eleven years and a lot of progress later, he does not receive the same support on the set of a same-sex reality dating show.

Graden says enlightenment is around the corner.

“Gay men often bring shame to their dating experiences,” he said. “We’re not simply letting what you saw stand — we explore that storyline, their relationship, and see it through to scenes of great discovery and learning.”

Internalized homophobia has stirred debate in entertainment before. Actor Russell Tovey (HBO’s “Looking”) was slammed last year for praising his father’s decision to keep him away from drama school.

“I’m glad I didn’t go… I feel like I could have been really effeminate,” the actor told The Guardian. “If I’d have been able to relax, prance around, sing in the street, I might be a different person now,” Tovey said.

A trailer for the season promises that it will ultimately be an uplifting portrayal.

“Every gay man understands what it’s like to be an underdog,” one cast member says in a voiceover. “We need each other more than ever.”

“Finding Prince Charming” premieres September 8 on LogoTV. Thorpe is currently at work on the feature documentary “Gautam, Buddha, And The New Conquerors of Bengal,” about two gay best friends in rural India, who play the female roles in a traveling musical theater.