Artificial intelligence is one of the hottest (and most divisive) topics in entertainment right now. The filmmakers behind the upcoming Anthony Bourdain documentary “Roadrunner” want to make the case for the technology’s ability to bring our favorite celebrities back to life. However, not everybody’s sold on that idea, and some Twitter users are describing the doc’s use of AI as “unsettling” and “grotesque.”

In an interview with The New Yorker published Thursday, documentarian Morgan Neville explained his decision to use AI to recreate the voice of the late Bourdain.

Writer Helen Rosner asked Neville “how on Earth” he nabbed a recording of Bourdain reading a particularly sensitive email aloud. The answer was simple: he didn’t.

“I created an A.I. model of his voice,” Neville told her. “There were three quotes there I wanted his voice for that there were no recordings of.

“If you watch the film, other than that line you mentioned, you probably don’t know what the other lines are that were spoken by the A.I., and you’re not going to know,” the filmmaker continued, adding, “We can have a documentary-ethics panel about it later.”

In her piece, Rosner detailed the standout email scene from the upcoming documentary: “There is a moment at the end of the film’s second act when the artist David Choe, a friend of Bourdain’s, is reading aloud an e-mail Bourdain had sent him: ‘Dude, this is a crazy thing to ask, but I’m curious,’ Choe begins reading, and then the voice fades into Bourdain’s own: ‘. . . and my life is sort of s— now. You are successful, and I am successful, and I’m wondering: Are you happy?’” 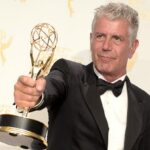 Bourdain, the chef and travel documentarian behind popular shows like “No Reservations” and “Parts Unknown,” committed suicide in June 2018. He’s the latest celebrity to be at least partially resurrected via movie magic, just as Peter Cushing was for “Rogue One” and Philip Seymour Hoffman for “The Hunger Games: Mockingjay Part 2.”

Rosner took to Twitter after the piece went live to clarify that the Bourdain estate greenlit the use of artificial intelligence, although she herself described the decision as “ethically… fascinating.”

Twitter users were quick to share their thoughts on this particular application of AI technology, with some questioning the ethics and others commenting on the outright eeriness. 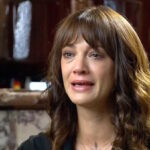 Also Read:
Asia Argento Says She Was ‘Angry’ at Anthony Bourdain After His Suicide (Video)