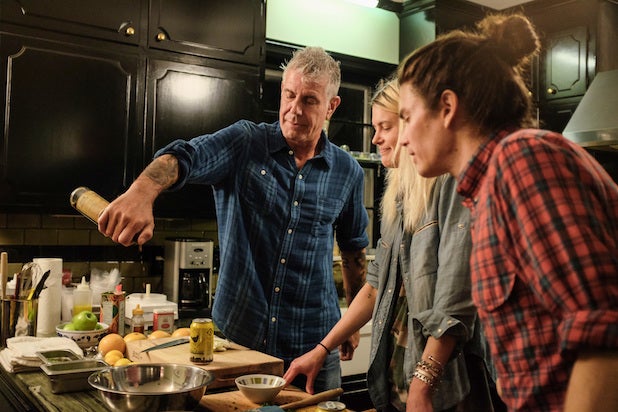 Gone, but not forgotten. On Thursday, the late Anthony Bourdain received the final Emmy nominations of his career with seven posthumous nods for his CNN series, “Anthony Bourdain: Parts Unknown,” including a nomination for 2018’s Outstanding Informational Series Or Special.

Last month, the 61-year-old chef was found dead in a hotel room in Paris while on site filming another episode of the current eleventh season of “Parts Unknown.” In his years hosting the program for CNN, Bourdain had become one of the more beloved figures on the channel, even among frequent critics of the network. He was also a New York Times best-selling author.

CNN’s long-term plans for the show still remain unclear, though a channel insider said they expected the network to keep “Parts Unknown” going with a new host.

“They need to helm it with somebody else,” they told TheWrap. “There’s a lot of opportunity there not to give up on that mission of bringing American audiences people and food and customs with which they’re not familiar with and that mission is important. People need this show.”