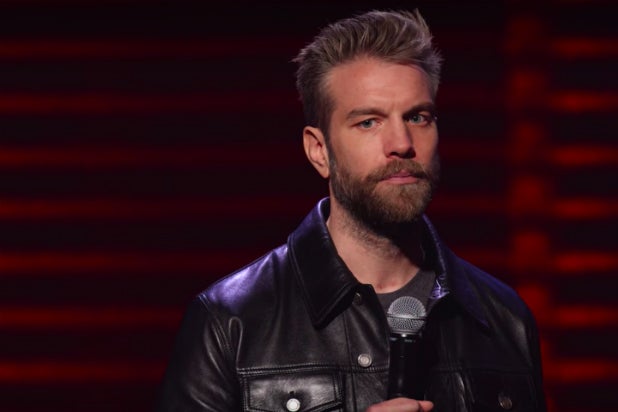 Don’t call Anthony Jeselnik a shock comic — that phrase is more derogatory and dismissive than his harshest punchline about the touchiest subject.

The veteran stand-up comedian, whose new special “Fire in the Maternity Ward” was released Tuesday on Netflix, prefers the term “villain” for his on-stage persona. Jeselnik assumes most of the audience comprehends that he’s playing a character, but the one-off “Last Comic Standing” host also genuinely doesn’t seem to care when some people don’t.

And one day, he may be more palatable to those who currently don’t “get it.”

“I think this next 10 years of my career is going to be interesting because I’ve been setting myself up as this villain,” Jeselnik told TheWrap. “But now as I get older and past 40 and get a little softer, I’m like a villain who plays for the good guys — if that makes sense?”

“It’s not a common good, but I’m on the right side of things,” he continued describing his non-mission mission. “I can still just be as edgy and cruel and mean.”

“The way the world is today — it’s so f—ing nuts — I want to be fighting for the Avengers, and not for the bad guys,” Jeselnik said.

You picked a good week for that reference. Things seem to be working out for the Marvel superhero supergroup.

For those who have never experienced a Jeselnik set, it’s perfectly written, deadpan delivered and wickedly smart. It also almost exclusive takes the most horrible position on horrifying topics. This latest hour (and four minutes, to be specific) covers baby-dropping, Parkinson’s, spousal abuse, rape, Alzheimer’s, and murder-suicide, to name just a few subjects.

Oh, and he closes the special with a near-15-minute bit on abortion.

“These are all exercises in monstrosity,” Jeselnik said of his act. “I’m not playing devil’s advocate, I’m the devil. I’m not trying to start a conversation, I’m trying to end it.”

And that’s exactly what you’ll get with “Fire in the Maternity Ward,” available now on Netflix. Not enough of a binge for you? Jeselnik’s 2015 special, “Thoughts and Prayers,” is also on the streaming platform.