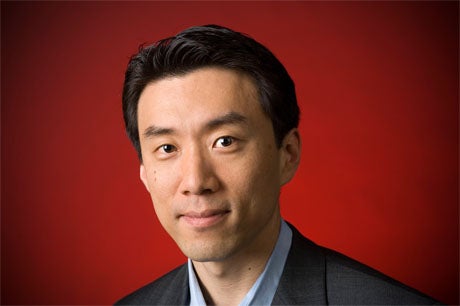 AOL has raided rival Google to fill out its executive suite…again.

Ever since CEO Tim Armstrong joined AOL from his job running the Mountain View company’s sales department, he’s been poaching former Google colleagues to help with the overhaul of the trouble plagued Internet company. To find someone to be AOL’s content chief, Armstrong struck once more.

The media company has tapped David Eun, Google’s vice president, strategic partnerships, to be president of AOL Media and Studios. In an executive shuffle, Eun will replace Bill Wilson, who had been with the company for nine years.

In an internal memo that Armstrong sent to employees announcing the move, the AOL head described Wilson’s departure as amicable, writing "The fact that we have such a strong foundation in the content space is due to the determination and dedication of Bill Wilson. He saw the opportunity presented by audience fragmentation on the Web and positioned AOL’s content offerings in a number of key verticals. Early in the new year, Bill told me that although he remains committed to the vision and strategy of AOL, he’s ready for a break."

Wilson, who has been credited with shepherding AOL’s move to develop original content, will remain with the company until May. Wilson was seen as one of the last of the old guard still in place after Wilson moved to AOL in March of 2009.  It was thought likely that Wilson might stick around because his philosophy regarding AOL was seen as simpatico with Armstrong’s.

Eun will be responsible for the company’s more than 80 content sites, its new SEED.com publishing platform, as well as the newly acquired StudioNow video platform and AOL’s New York City and Los Angeles studios.

As a Time Warner veteran, Eun has some familiarity with his new home, having helped oversee media and communications back when that unhappy corporate union was still in effect. AOL was spun off from Time Warner in December.

Eun will report to Armstrong and will be based in New York.

“David brings an impressive breadth of media experience to AOL at an exciting juncture for the company as we focus on scaling our content platforms, production and partnerships to offer quality, original content that will engage consumers and bring them – and their friends – back to our properties time and again. I’m delighted to welcome him back to AOL as we continue to pursue our strategy and mission in digital content and journalism,” Armstrong said in a statement.