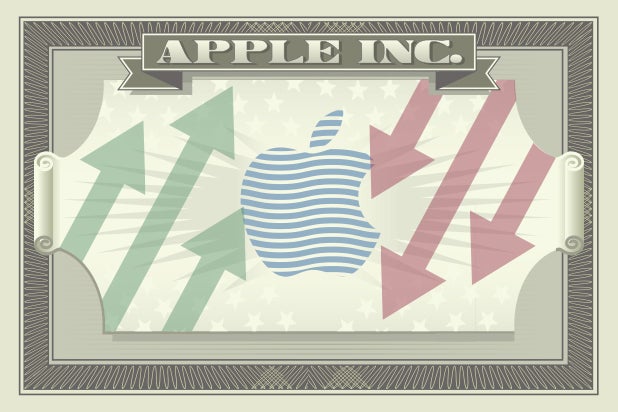 Apple closed 2019 with a flurry, with the tech giant sharing on Tuesday afternoon it had a record-setting holiday quarter thanks to robust iPhone and Wearables sales.

“We are thrilled to report Apple’s highest quarterly revenue ever, fueled by strong demand for our iPhone 11 and iPhone 11 Pro models, and all-time records for Services and Wearables,” Apple chief Tim Cook said in a statement. “During the holiday quarter our active installed base of devices grew in each of our geographic segments and has now reached over 1.5 billion. We see this as a powerful testament to the satisfaction, engagement and loyalty of our customers — and a great driver of our growth across the board.”

Apple, bolstered by its services and wearables business, rewarded investors in 2019, with its share price increasing more than 90% in 2019. That run has continued in the first weeks of 2020, with Apple trading near near its all-time high of about $318 per share as the market closed on Tuesday; that run has also pushed helped Apple reclaim the banner of world’s most valuable company, with Apple being valued at $1.4 trillion, or about $150 billion more than longtime rival Microsoft.

After its Q1 results were released, Apple’s share price increased 2% to $324 per share; if those gains hold through Wednesday morning, Apple would again set a new all-time high.

The quarter was highlighted by Apple launching Apple TV+, its new streaming service. Costing customers $4.99 per month or coming free for one year to customers who bought new Apple devices, Apple TV+ launched with a handful of big budget shows less than two weeks before Disney debuted its own streaming service. “The Morning Show,” its linchpin show starring Reese Witherspoon, Steve Carell and Jennifer Aniston, earned Apple its first Golden Globe nods earlier this month — although the company didn’t come away with any victories.

How many viewers gravitated towards TV+, however, remains a mystery. Apple didn’t mention Apple TV+ once in its letter to shareholders on Tuesday, nor did the company mention the performance of any of its shows.

Cook, during the company’s earnings call, didn’t add much on Apple TV+. He said the service was off to a “rousing start,” but did not share an update on subscribers.

Apple’s big quarter was fueled, in large part, by nearly $56 billion in iPhone sales — up 8% year-over-year. The company also touted its services business — a catch-all division that includes Apple Music, iCloud storage, Apple Pay and App Store purchases — for growing 17% from the same time last year, bringing in $12.7 billion overall. Wearables, meanwhile, surged to $10 billion in Q1 sales, up from $7.3 billion a year ago.

The company’s cash hoard, something investors look towards whenever Apple’s quarterly results are released, climbed slightly to $207 billion.