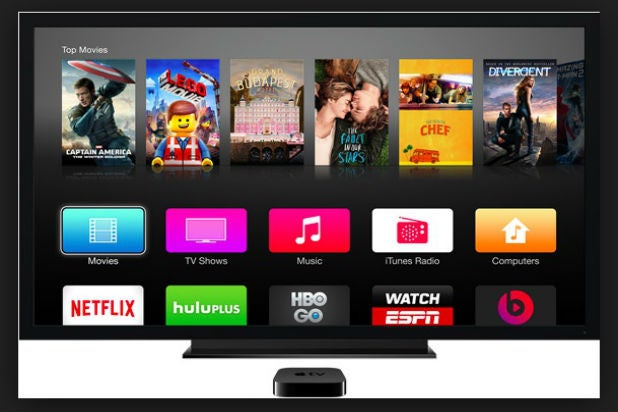 Apple is set to launch a 25-channel TV service this fall from broadcasters including ABC, CBS and Fox.

The slimmed-down bundle will stream channels live to Apple TV, iPhones, iPads and devices using Apple’s iOS, according to the Wall Street Journal. It is expected to also include ESPN and FX, but leave out smaller channels.

The service will reportedly be available from September and cost $30 to $40 per month.

WSJ had previously reported that Apple was teaming up with Comcast on a set-top box that would take advantage of priority Internet traffic, but talks between the two are said to have broken down so the service at present won’t include channels from Comcast-owned NBCUniversal.

Earlier this month, Apple struck an exclusive deal to carry HBO’s standalone streaming service HBO Now. The new service, which will launch in time for the upcoming fifth season of HBO’s dragons-and-swords hit “Game of Thrones,” will offer more than 2,000 titles online. For $14.99 people who don’t have cable or satellite service will still be able to get HBO programs.