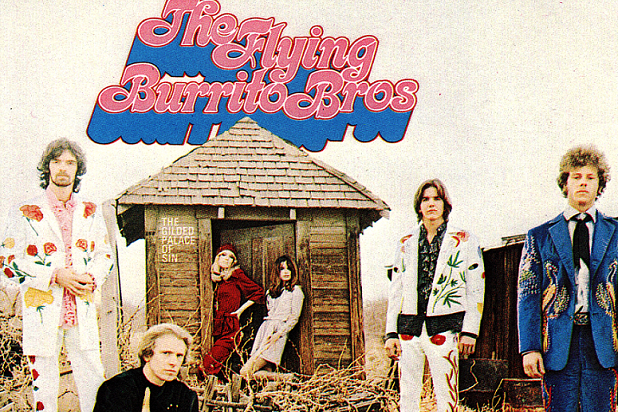 Apple, Sony and Google have hit a bum note with their use of songs recorded prior to 1972, according to a flurry of lawsuits filed Thursday.

The trio of companies and others were hit with complaints in federal court in California by Zenbu Magazines LLC, which claims ownership rights to numerous songs by The Flying Burrito Brothers, New Riders of the Purple Sage and Hot Tuna.

The class-action suit against Sony claims that the company has been making unauthorized use of songs through its Music Unlimited streaming service, available via the Sony PlayStation gaming console and other platforms.

According to the suit, after a free trial Sony charges $4.99 per month for Music Unlimited’s Access Plan and $9.99 for its Premium Plan, but the company hasn’t paid royalties or licensing fees for the use of the music.

“Sony’s conduct as alleged herein was unfair because its conduct was immoral, unethical, unscrupulous, or substantially injurious and the utility of its conduct, if any, did not outweigh the gravity of the harm to its victims,” the suit reads.

The songs include The Flying Burrito Brothers’ 1969 song “Sin City,” the New Riders of the Purple Sage tune “All I Ever Wanted” and Hot Tuna’s “Been So Long.”

The suit, which cites violations of California’s civil, business and professional codes, as well as misappropriation and conversion, says that the “matter in controversy exceeds the sum or value of $5 million.” According to the complaint, Sony “has copied tens of thousand of pre-1972 sound recordings to its servers.”

Also Read: Kesha vs. Dr. Luke Lawsuits – Producer’s Attorney Fires Back at Singer: ‘A Continuation of Her Bad and Offensive Acts’

In separate complaints, Zenbu levels similar charges against Google regarding its Google Play Music streaming service and Apple for its iTunes Radio, though those suits only mention the song “Sin City.”

The year 1972 is significant, since that’s when Congress added “sound recordings” to the works protected under  the U.S. Copyright Act, leaving songs recorded prior to that year exposed. However, in California, where the suits were filed, statutory protection is given to recordings produced before 1972.

The issue of recordings from the pre-1972 era is becoming an increasingly hot topic for the legal system. In 2013, SiriusXM was hit with a lawsuit by Warner Music, Sony Music, Capitol Records and others. The complaint claimed that SiriusXM hadn’t obtained licenses or paid to use songs by The Beatles, The Beach Boys and numerous others. A judge ruled in favor of a group of music labels in Oct. 2014 after a federal court ruled sided with pop group The Turtles (“Happy Together”) in its own suit against SiriusXM.