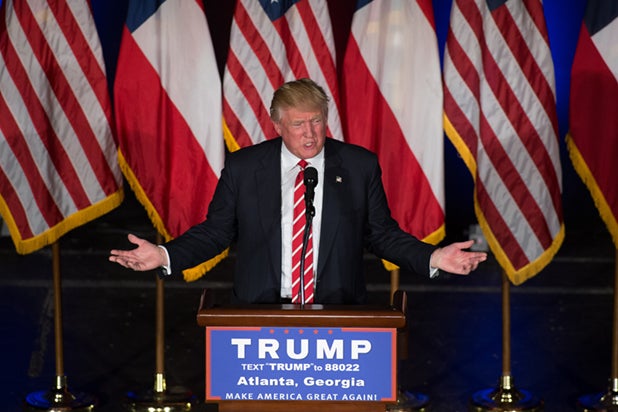 Maybe Donald Trump isn’t such a business-friendly presidential candidate after all.

Apple has decided not to provide funding — or any other type of support, for that matter — for the Republican presidential convention in Cleveland next month, due to presumptive GOP nominee Donald Trump’s inflammatory comments, Politico reports.

According to Politico, the tech giant informed Republican leaders privately that it won’t be providing its technology or money to the event, singling out Trump’s stances on women, immigrants and minorities as the reason.

In 2008, Apple shelled out somewhere around $140,000 in MacBooks for events held by both the Republican and Democratic parties, Politico said. The company passed on the 2012 conventions after the Democrats decided not to accept corporate donations, and it’s unclear how Apple will handle this year’s Democratic convention, Politico said.

There’s not a lot of love lost between Trump and Apple. In the past, the reality TV star-turned-campaigner has called for a boycott of Apple, and slammed the company for not cooperating with the FBI when the bureau requested that the company unlock the protected iPhone of a cell phone with ties to the 2015 shooting in San Bernardino, Calif.

Trump’s campaign got off to a rough start on the immigrant front in its nascent stage. Last year, when announcing his candidacy, he declared, “”When Mexico sends its people … they’re sending people that have lots of problems, and they’re bringing those problems with us. They’re bringing drugs. They’re bringing crime. They’re rapists. And some, I assume, are good people.”

His comments about women such as his former political opponent Carly Fiorina and his apparent arch-nemesis Rosie O’Donnell have also raised eyebrows.

Apple declined TheWrap’s request for comment on this story.

Apple isn’t alone in taking a pass on this year’s GOP convention. While companies such as Facebook, Google and Microsoft have announced plans to provide support for the gathering, a number of corporate giants, including Wells Fargo, UPS, Ford and Walgreens, have signaled that they are opting out of the convention.