Newspapers, magazines, book publishers, television networks and movie studios need only examine the bumpy evolution of the music industry brought on by the iPod to see what’s potentially on the horizon for them. 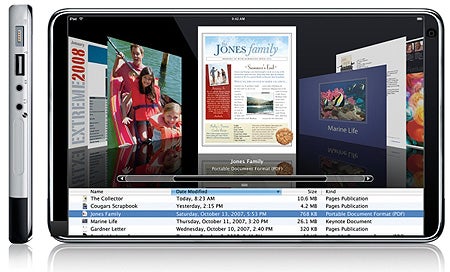 Eight and a half years after the iPod’s introduction, the way people listen to music has significantly changed: Digital music revenues are expected to surpass those from CD sales.

It’s too early to know whether the iPad will incite such drastic change for the content it displays, but one thing is certain: The days of counting on big profits from hardcover books, print subscriptions, ratings-based ad revenues and opening-weekend box office are over.

While content remains highly valued, its consumption is becoming increasingly fragmented. Television, for instance, has come a long way from congregated families watching one of three channels to on-demand PDA access for "Lost" and "Grey’s Anatomy."

The “coming soon” accelerated fragmentation via the iPad means that creating the right pricing strategy should be top priority for media companies.

To price for profits and growth, managers need to:

–Be proactive in capturing value. It wasn’t a coincidence that seven days before the official iPad announcement, the New York Times let it be known that it would start charging for online access next year. This, along with Macmillan’s standoff with Amazon over e-book prices, declares to readers and other media providers that e-content is valuable and should be paid for.

–Avoid commoditization. If a product can command a premium over the competition, charge it. One price ($1 for any product, for instance) may be nifty to advertise, but it’s rarely the price that generates the highest profit for an individual product.

–Resist setting low prices. A low or free price devalues a product. Once embedded in consumers’ minds, it is hard to change this perception.

The iPad is a game changer — and a potentially lucrative lifeline for print companies. Now more than ever, media companies must be proactive in setting their pricing strategy. What’s at stake is profiting from or being diminished by new technology.