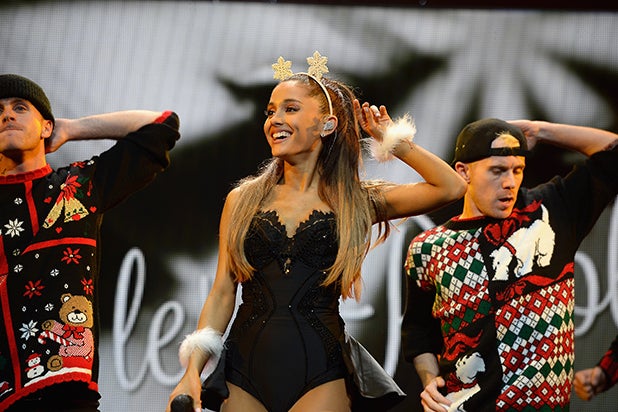 Ariana Grande lashed out against double standards and misogyny in the media in a lengthy message to her fans on Sunday.

Upset about constantly being asked questions about her romantic life, Grande took to Twitter to write that she is “tired of living in a world where women are mostly referred to as a man’s past, present or future property/possession.”

“I come from a long bloodline of female activists,” Grande wrote. “My aunt Judy was the first Italian-American female president of the National Press Club in Washington, D.C. I think she would have been proud of me for speaking up about something that has been bothering me personally for so long.”

See photos: 11 Leading Ladies Who Have Spoken Out Against Ageism, Sexism in Hollywood

“I know y’all already know this, but the double standard and misogyny are still present,” she continued. “I can’t wait to live in a world where people are not valued by who they’re dating/married to/attached to, having sex with (or not)/seen with… but by their value as an individual.”

The post goes on to say that since announcing her breakup with Big Sean in April, Grande has been happy being single.

“I have never felt more present, grounded, and satisfied. I’ve never laughed harder or had more fun or enjoyed my life more,” she said.

Also read: Kristen Stewart Rips Hollywood for Sexism: 'It's So Offensive It's Crazy'

Grande closed the note with a quote from feminist activist Gloria Steinem: “Any woman who chooses to behave like a full human being should be warned that the armies of the status quo will treat her as something of a dirty joke… She will need her sisterhood.”