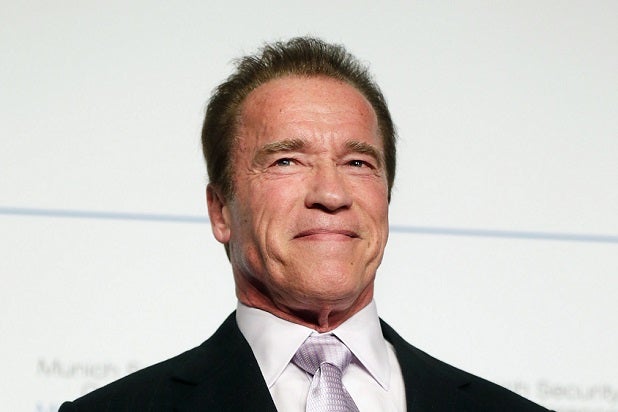 Arnold Schwarzenegger has a message for the legislature of Indiana: Don’t be civil rights girlie-men.

In a no-holds-barred op-ed for the Washington Post, Schwarzenegger — who wrote that he “became a proud Republican before I even understood English” — goes against the beliefs that drew him to the party.

“I immigrated to the United States in the heat of the 1968 presidential campaign, when the choice — as I heard it through a friend’s translation — was simple,” Schwarzenegger wrote. “Hubert Humphrey, with his talk of government programs, sounded too much like an Austrian politician. Richard Nixon talked about freedom, getting the government off our backs and giving the people room to grow. I was hooked.”

He went on to blast members of his party who “choose the politics of division.”

The actor-politician added that “distracting, divisive laws” such as the one passed in Indiana are “bad for our party,” citing the shrinking percentage of Republican voters in California.

Indiana Gov. Mike Pence, also a Republican, appears to have come around to the same way of thinking. After the law sparked outrage with claims that it discriminated against the LBGT community, Pence approved an overhaul of the law.

“There will be some who think this legislation goes too far and some who think it does not go far enough, but as governor I must always put the interest of our state first and ask myself every day, ‘What is best for Indiana?’” Pence said. “I believe resolving this controversy and making clear that every person feels welcome and respected in our state is best for Indiana.”