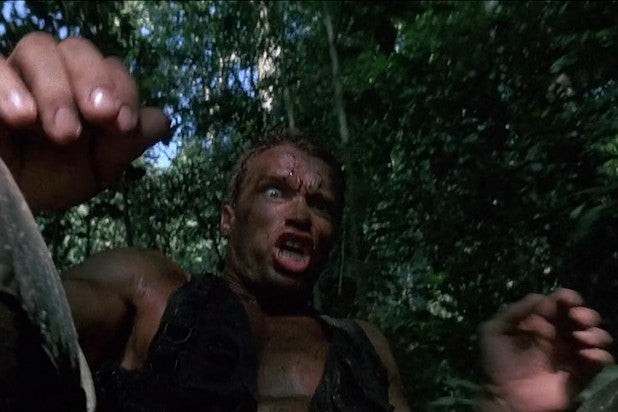 Arnold Schwarzenegger is no stranger to Reddit AMA sessions, but he returned with a vengeance on Tuesday, and answered some of the craziest questions yet in an effort to raise money for the After-School All-Stars charity program.

“You know I love you guys, so I’m back. I want to hear some crazy questions this time — don’t be soft reddit,” Schwarzenegger wrote. “I’m not here to promote a movie or anything today, but I am raising money for After-School All-Stars. When you guys help provide these kids with health and leadership education, I will match your donations.”

Just because he was raising money for kids doesn’t mean he was shy about tackling mature topics, including death, pooping his pants, and speeding through traffic to chase down a driver that pissed him off.

1. Schwarzenegger didn’t originally want to be the titular cyborg in James Cameron’s 1984 classic science fiction film “The Terminator,” and O.J. Simpson originally was “The Terminator.”
“I wanted the role of Kyle Reese when we went to lunch. I did not want to be the Terminator. I didn’t think I had established myself yet enough as a hero to be a villain. When I started in Hollywood, all they offered was villains. So I wanted to really establish myself first.

But I told Jim some of my ideas about how the Terminator should train (not looking while loading weapons, not blinking, no emotions. I said the guy had to train blindfolded.) The Terminator, by the way, at that time, was O.J. Simpson.

2. That scene in “True Lies” where Schwarzenegger rides a horse to the top of a building was just as dangerous as it looked, and he actually almost died while filming it.
“On ‘True Lies,’ you probably remember the horse scene. There was a shot where the horse had to stop at the edge of a building. They built a little ramp to give the horse longer to stop. But when they were measuring the new distance from the ramp to the camera, they dropped the arm of the camera on the horse’s nose, and it went crazy, spinning and rearing. There was no rail, and the ramp was only 4 feet wide. I realized it was a bad situation and I slid off the horse right away and a stunt man grabbed me. That one was really scary. If the horse stepped a foot the wrong way, we would have fallen 90 feet to a cement floor.”

3. Schwarzenegger is most proud of making the move to America, but he’s least proud of — c’mon, take a guess.
“I’m most proud that I was smart enough to immigrate to the greatest country in the world where I could accomplish all of my dreams.

I’m least proud of the mistakes I made that caused my family pain and split us up.”

4. Schwarzenegger is known for being a bad ass on the big screen, but he’s also a bit of a bad ass in real life, and once chased down a car after being rear-ended in traffic.
“A few months ago, I got rear-ended by this guy. He took off, and I chased him. I will admit I drove at a slightly excessive speed. I cut him off, and two guys jumped out of the car looking tough.

But when they saw me, they just said, “Oh shit! The terminator!” They were nice, and gave me their information.”

5. The Terminator can strike the fear into the hearts of even the toughest of men, but even the Terminator has pooped his pants at least once. Question: “Did the ‘Predator’ ever make you shit yourself? It did for me when I was younger.”
“Not because of the predator. But during the shooting of the movie, I got really sick in Puerto Vallerta. I will spare you the details, but while I was on a run, the runs hit. I ran to the side of the road and some cars driving by got quite the show.”

6. We all know Schwarzenegger got pregnant in “Junior,” but revealed  he does, in fact, have a real-life “feminine” side.
“I like to paint. I paint all of my Christmas cards. Example: http://imgur.com/7F6Rbxy

I also drew a cat for my Reddit secret santa, but I can’t find the link quickly.”

7. We all know Schwarzenegger loves women, but he also loves to support their quest for equality.
“I love it. I always support women doing exactly the same sports as men, including bodybuilding. I have always supported women lifting weights and female bodybuilding. I think people have too many misconceptions about that. Lifting is so important.

As a matter of fact, George Snyder and I organized the first Ms. Olympia (in Pennsylvania) and then I continued to support it and organize at my events in Columbus.”

8. The rumor is true. André the Giant really did pick Schwarzenegger up and carry him out of a restaurant when he tried to pay the bill.
“Yes, he picked me up. But he set me on a car outside.”