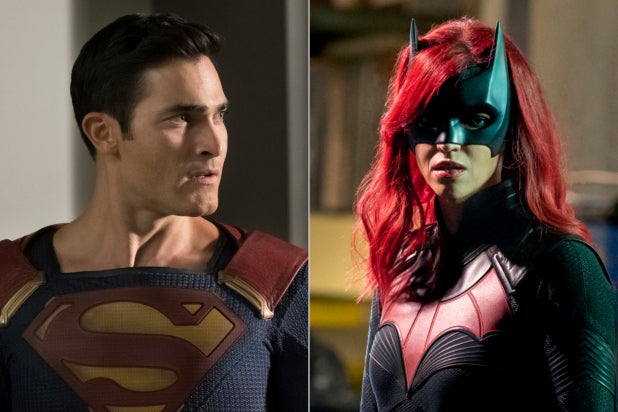 After airing the mother of all “Arrowverse” crossovers with “Crisis on Infinite Earths,” The CW is planning for a much smaller gathering of its DC Comics superheroes next season.

“It will be a smaller event than usual,” CW chairman and CEO Mark Pedowitz said Thursday during a conference call with reporters to discuss the network’s fall lineup. “We’re only planning a two-hour event. We are talking about doing Superman and Batwoman together at this point.”

That would represent the smallest crossover since the first between The Flash and Arrow (“Flash vs Arrow”) in 2014.

The network announced Thursday that it will hold back the start of its next season until January to give time for production to ramp back up since shuttering mid-March due to the coronavirus pandemic. That means that the annual “Arrowverse” crossover, which typically happens in December, will get delayed as well.

“It will not happen in December, but it will happen sometime hopefully first or second quarter 2021,” Pedowitz added.

The CW’s latest DC Comics-based series, “Superman & Lois,” will be among the new premieres eyed for January, along with the second season of “Batwoman.” Tyler Hoechlin has played the Man of Steel as a recurring character in the last two crossovers and on “Supergirl.”