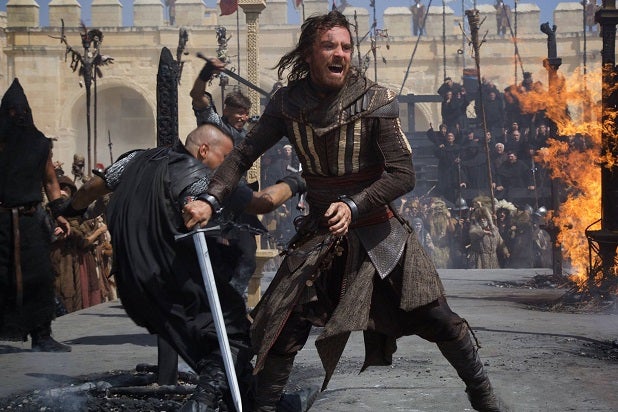 Throwing in pre-order bonuses and selling high-priced special editions are standard practice with new video game launches, but not so with theatrical movie releases. Ubisoft, being the publisher of the “Assassin’s Creed” video game series and producer of the Michael Fassbender-starring film adaptation, is pulling out the standard tricks in promoting the movie even as we sit nine months from its release.

In conjunction with Kernel, which has done a bit of this sort of thing previous with the “Point Break” remake in December and “The 5th Wave” earlier this year, Ubisoft is selling a number of different packages that include a ticket to the movie when it comes out and some extra merchandise. On the low end is the $15 tier, which includes a ticket, a collectible watch, temporary tattoos of the two main characters’ faces and a digital copy of the screenplay. On the high end is a $1,200 replica of a crossbow prop used in the film. Dropping all that cash only gets you a single ticket, however.

Other packages offer stuff like a 20-inch statue of Aguilar, played by Fassbender, an assassin-style hoodie and a t-shirt.

The “Assassin’s Creed” movie is scheduled for release on December 21.