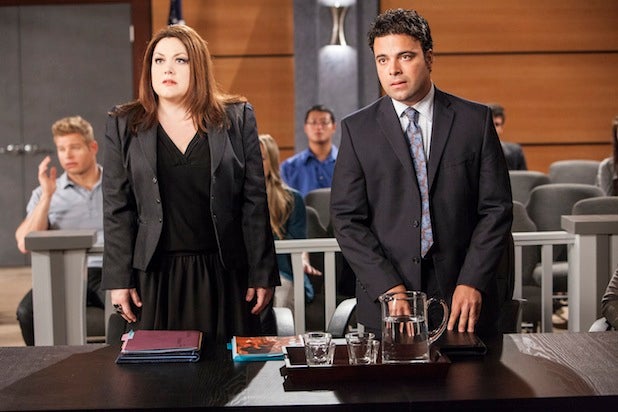 Lifetime dramas “Drop Dead Diva” and “Devious Maids” ceased production on Wednesday due to an extreme storm in Georgia, which has affected the metropolitan Atlanta area.

“All the guest stars arrived on early flights, but for the safety of the cast and crew, we decided it was best [to shut down],” an individual close to “Drop Dead Diva’s” production told TheWrap.

The series, which was set to start shooting the fourth episode of its sixth season on Wednesday in Peachtree City, Ga., plans to take off Wednesday and Thursday after the National Weather Service issued a Winter Storm Advisory on Tuesday night, representatives from Lifetime and producers Sony Pictures Television told TheWrap.

Lifetime’s “Devious Maids,” which also shoots in the Atlanta area, currently plans to shut down on Wednesday only. It’s currently shooting Episodes 202 and 203,” a representative from producers ABC Studios told TheWrap.

The ice storm has already knocked out power to more than 200,000 Georgia residents on Wednesday, CBS News reported. Georgia Gov. Nathan Deal and Atlanta Mayor Kasim Reed asked their residents to get somewhere safe and stay there.

The NWS predicted that three to five inches of snow will accumulate in addition to a quarter-inch or more of ice. On Tuesday, snow, sleet and freezing rain had already begun to develop and will only get worse through Wednesday.

The NWS also warned that travel will be nearly impossible and that it expects widespread and extended power outages, which may affect the area for as much as a week.

“Drop Dead Diva” joins other Atlanta area television productions, The CW’s “The Vampire Diaries” and “The Originals” in shutting down production on Wednesday.

The Atlanta area and Georgia have become a popular locations for TV production. OWN’s “For Better or Worse” and BET’s “The Game” are also among the many shows that shoot in the area.

TheWrap is reaching out to see if other productions are being affected by the Winter Storm Advisory.