Jacques Audiard’s prison drama "A Prophet" won the inaugural best film prize at the London Film Festival on Wednesday night. The film is France’s entrant for the foreign-language film Oscar.

Another Oscar submission, Israel’s "Ajami" from Scandar Copti and Yaron Shani, won the Sutherland Award, given to the maker of the most original and imaginative first feature. 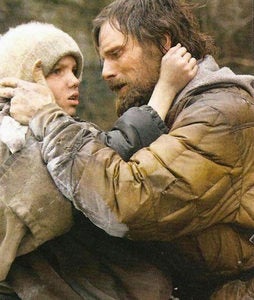 Jury chair Anjelica Huston called "Prophet" “a masterpiece [with] the ambition, purity of vision and clarity of purpose to make it an instant classic. With seamless and imaginative story-telling, superb performances and universal themes, Jacques Audiard has made a perfect film.”

Another inaugural award, for best British newcomer, went to Jack Thorne, screenwriter of "The Scouting Book for Boys." Special mention in the category went to J. Blakeson, writer-director of "The Disappearance Of Alice Creed," which premiered recently in Toronto.

John Hurt and Malian filmmaker Souleymane Cissé earned BFI Fellowships for their “significant achievements in the fields of acting and directing.”