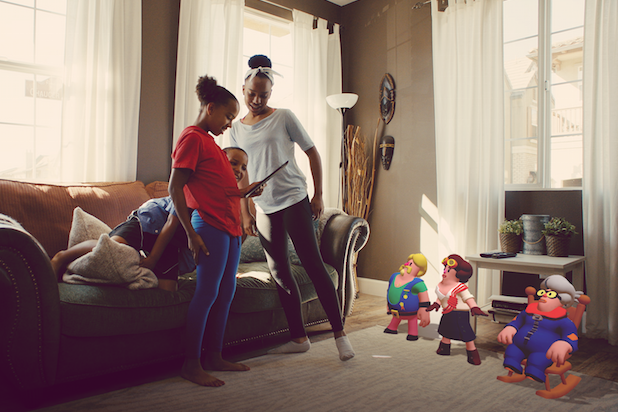 Simply watching a show or movie is the old, dated way of consuming content, according to Within co-founder and CEO Chris Milk. The next frontier, Milk says, is to be fully “immersed” in an experience, where viewers are not only watching but are also active participants in the story — a revolution he’s now looking to take to the masses.

Founded in Los Angeles in 2014, Within has launched a myriad of virtual reality, from a new Lego Batman experience to “The Hidden,” which takes an intimate look at a daring attempt to rescue an enslaved Indian family. But Milk and his team at Within are just as intrigued by augmented reality — where computer graphics are overlaid on a viewer’s real world.

The company launched its first AR app, Wonderscope, in late 2018. Primarily aimed at kids, Wonderscope brings interactive stories to life, allowing viewers to talk to characters and actively participate in the experience. The AR stories run between seven and 13 minutes long, depending on the pace of the viewer.

The app is made possible by Apple’s ARKit, which allowed developers to create AR apps for about half a billion iOS devices around the world. Now, months after launching, Wonderscope has reinforced Milk’s belief that viewer participation will play a key role in the future of entertainment and education. (Wonderscope, which is up for a Webby Award in the Education and Reference category, declined to share just how often the app has been downloaded.)

Also Read: RYOT's Head of Immersive Jake Sally on the Challenges of Storytelling in Virtual Reality

TheWrap recently caught up with Milk just as Within was starting a month-long initiative to get L.A. schoolchildren more familiar with AR, partnering with L.A. Public Libraries and L.A.’s BEST Afterschool Enrichment Program to put iPads and Wonderscope in the hands of students across the city.

Milk discussed the process of creating augmented reality, what he’s learned since Wonderscope’s launch and what he’s most excited about in the medium.

1. What are the early takeaways you have about creating compelling AR stories since launching Wonderscope and, even earlier, dating back to your time creating AR experiences using Apple’s ARKit in 2017?

Our initial first impression was that this could be a translation of books into augmented reality and what we found that was really fascinating, after making that demo [in 2017], expectations around a story that takes place in the spacial reality of their living room or bedroom is different than their expectations of what happens on a flat rectangle in front of them.

2. Before Within, you’ve had experience creating in more traditional forms of media. How difficult is it to craft stories in AR for kids compared to a typical story?

It is definitely more difficult and it took us a while to figure out. We did a lot of experimentation and testing and working with a lot of really creative writers and creators to figure out how does an authored story for a child work. The child expects that they can be a part of that story.

We found out you can’t grab any screenwriter and throw them into it and they’re immediately going to produce a story that works in this format. We’ve been working with some incredible people though now and when it works, it works well. What you have is a character that’ll look up through the iPhone or iPad and make eye contact with the child, and regardless of where they are, the child can walk around and the character will turn and keep looking at them and the child can speak to the character and the character speaks back. There’s a real story happening, except the kid is playing a role in that story. 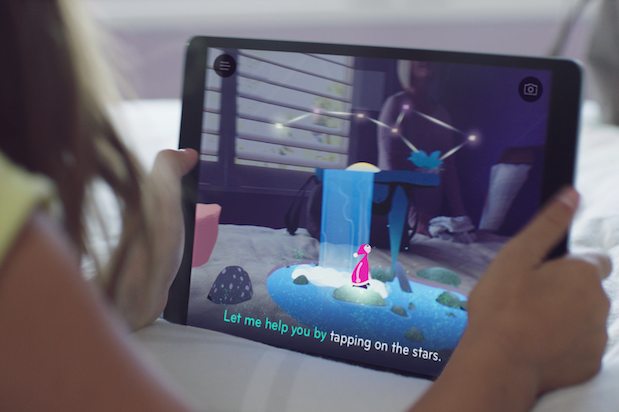 Playing “Little Red The Inventor,” one of the first batch of AR experiences available on Wonderscope

3. Is it challenging, when creating an AR or VR story, to make sure the viewer is focused on the plot or what you want them to focus on, rather than simply looking around this new environment?

That’s a question that came up a lot, especially at the beginning, where peoples’ reaction was, “Oh, well, I’m used to watching television. I’m sure this is what I’m supposed to see at the time I’m supposed to see it, so I’m not worried I’m missing anything. And now I’m watching something in basically a full spherical display where I’m in the middle of it, and what if I miss something over my shoulder?”

If stage 1 of VR storytelling was telling linear stories, similar to how we capture them with photographic cameras for rectangles, then there’s the potential there’s something happening behind me that you’re not seeing. But the skill and the craft of the director in a virtual reality environment is one of choreographing the audience’s attention to see the thing they want them to see at that moment. So if that’s transitioning from one scene to another, and you know where they’re looking, you put the thing you want them to see in the direction they’re already looking. Or it could be guiding their attention with sound or light or movement. But I think that’s a question that’s rooted in thinking in the framework of the previous medium.

What gets me so excited about these immersive mediums is it feels like we’re crossing the threshold from stories we witnessed to stories we live as our own. That is the true promise of these immersive mediums, and you’re just starting to see that bubble up. Wonderscope is certainly an example of this. These kids experience these stories as characters in the story and walk away with the memory of a story that’s their own, and not a piece of media that they consumed. I’m not that worried about looking in the right direction, because that’s not the point of this medium. You’re a part of these stories and they will adapt and breath in the same way you adapt and breath. 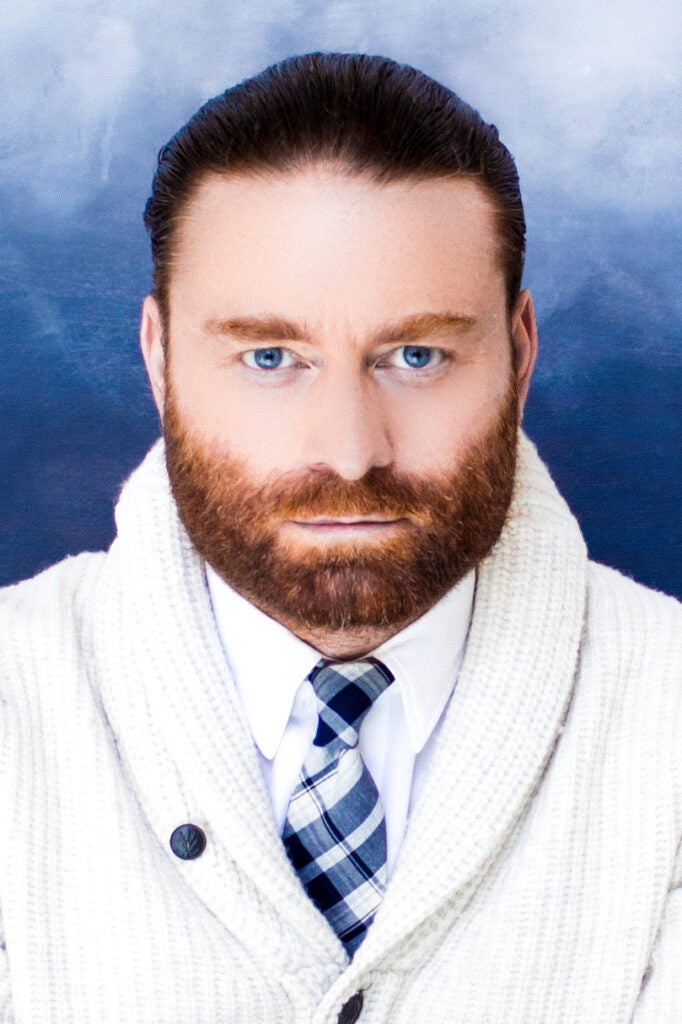 4. Do you lean in favor of one way of storytelling, whether it’s through AR or VR?

Both technologies are ripe for new forms of narrative exploration. Th  storytelling format of Wonderscope was really built through the process of looking at augmented reality on a mobile device, and thinking how does that form factor work, what does it mean to hold out this thing in front of you and peer back into your environment? In terms of VR, it’s really a different thing, because you’re talking about a medium where you’re taking over the entire field of view of the audience and you can transport them anywhere and make the characters 3 inches high or 30 feet tall.

Augmented reality, you can’t do that in the current iteration of the technology. You’re holding out an iPad in front of you, you’re facing a story either on a flat surface in front of you on the floor or on the table or we’re having it float in space in the room. We call it Wonderscope because it is a scope and you’re seeing a story that’s basically invisible without looking through it. That’s different than future forms of augmented reality where you can conceivably wear it on your head, map things onto the walls, ceilings and take over everything. We will get there, but we’re not there yet. So we’re trying to think about the most compelling things we can do with the technology as it is today.

But I would approach it completely different if I was trying to make a virtual reality storytelling experience for kids in a headset. The main difference between the two technologies right now, for all practical purposes, is that there are 500 million iPhones and iPads that have the ARKit in the iOS 11 or 12 update, and can do this. And many of those houses [with iPads and iPhones] have children in them, and it’s nowhere near that when it comes to VR headsets.

What I get excited about is the surprise and wonder that you can get with having this thing that’s been in your pocket or been sitting on your dresser everyday and opening it up and it can suddenly do this completely new thing that you’ve never seen it do before. It’s totally different than a flat video game or book that you’d normally go through on an iPad or iPhone. Rather than pulling you in and shutting you out, it’s opening you up to the world you’re in and can bring other people in as well.

5. When you look at the AR and VR landscape over the next year or so, what most intrigues you?

I think the most exciting thing in the immediate future is [Facebook’s] Oculus Quest — the first real “normal consumer,” not early-adopter, but true “my mom can go to Best Buy-level and see VR headsets that deliver the baseline things that you want a VR headset to do” — head tracking, hand tracking, all in one. $399 price point. We’re really excited about that and we’re building something special for that. 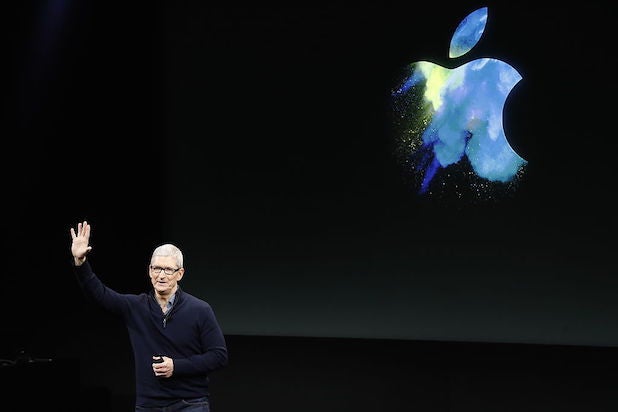 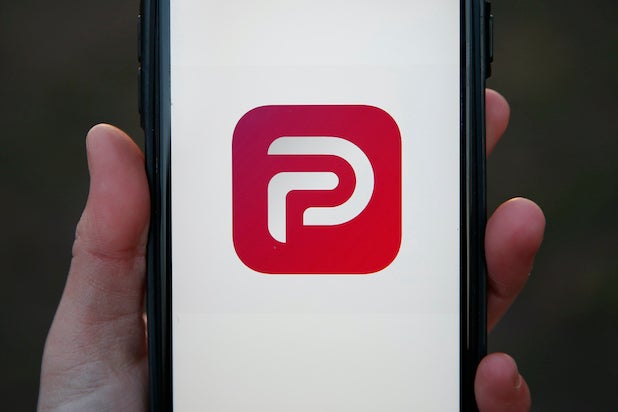