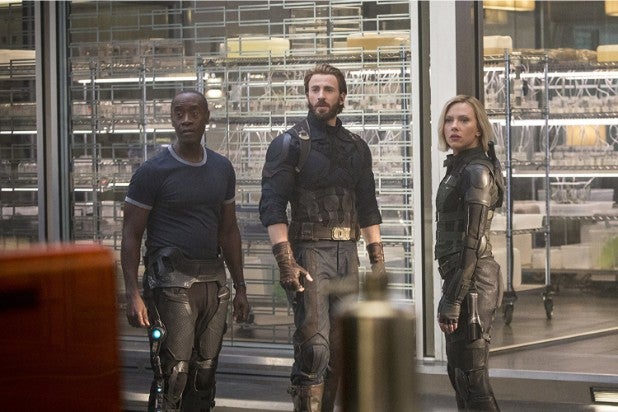 On Friday, it is expected to become the fastest film ever to gross $1 billion worldwide. After setting the record for the biggest opening weekend of all time, it is looking to also set a new record for the best domestic second weekend in box office history. Three years ago, “Star Wars: The Force Awakens” made an enormous $149 million in its second weekend, down just 40 percent from its then-record $247.9 million opening.

Three months ago, “Black Panther,” which opened to $201 million, had the second-best second weekend of all time with $111.6 million, a 45 percent drop. “Avengers: Infinity War” is expected to beat that amount with a second-weekend total of at least $115 million.

The film is looking at a targeted release of approximately 1,600 screens with an opening of $11 million to $13 million against a low-teens production budget. That would be in the same range as lead star Derbez’s last film, “How to Be a Latin Lover,” which opened to $12.2 million. That film grossed $450,000 in previews last year.

Directed by Rob Greenberg, “Overboard” stars Derbez as Leonardo, a spoiled billionaire who mistreats Kate (Anna Faris), the single mother hired to clean his yacht. When Leonardo accidentally falls overboard, he suffers amnesia and is taken in by Kate as part of a scheme to get back at him. Forced into Kate’s working class struggles, Leonardo is miserable at first but eventually develops a sense of work ethic … and much more.

“Overboard” holds a score of 29 percent on Rotten Tomatoes.

Also coming out on 1,300 screens this weekend is Focus Features’ “Tully,” the latest film from the director-writer team that made “Juno,” Jason Reitman and Diablo Cody. The film reunites Cody and Reitman with Charlize Theron who stars as Marlo, an overworked mother of three who gets an unexpected gift from her brother: a night nanny named Tully (Mackenzie Davis). At first hesitant, Marlo soon develops a deep relationship with Tully that challenges her notions of motherhood. The film has received rave reviews from critics with a 95 percent score on Rotten Tomatoes.