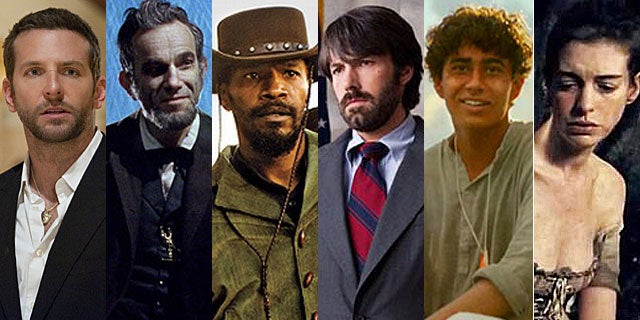 When “Silver Linings Playbook” crossed the $100 million mark at the box office this week, the David O. Russell film became the sixth of the nine current Best Picture nominees to reach that milestone.

That makes this year the first time in history that six nominees have topped $100 million. You can’t make too much of that milestone, since the Oscars only had five Best Picture nominees from 1944 to 2008 – but it’s also a sign of just how effectively the Academy’s move to expand the Best Picture has worked in bringing commercial hits into the mix.

Opening up the field of nominees in 2009 has led to a dramatic increase in the average gross of a Best Picture nominee. You can credit this to changing tastes, to a renewed push for adult films from the major studios, or to lucky timing on the part of the Academy – but the fact is that the move from five to 10 nominees either coincided with or helped cause a significant bump in the commercial success of Oscar movies after five years of averages on the low side of $100 million.

It’s interesting to note, though, that the Academy had another streak of big nominees a decade ago: Between 1999 and 2003, the Best Picture winners averaged more than $100 million five years in a row, topping out at $145 million in 2003, the year of “The Lord of the Rings: The Return of the King.”

The biggest average gross of the past two decades, though, came in 1997, when “As Good As It Gets,” “Good Will Hunting” and especially “Titanic” pushed the average gross of a nominee to $168 million at the time of the awards, and to the verge of $200 million if the post-Oscar bump is included.

But what good is nominating hit movies if they don’t help the ratings of the Oscar show? On that count, the jury is still out.

But 2004 had a low average gross ($69 million) and high viewership (42.2 million), and in recent years the show has struggled to top 40 million viewers regardless of how popular the films have been.

(The one exception is the 2007 Oscars, which had the smallest viewership ever at 31.7 million; none of the nominated films were in the top 30 on the year-end box-office charts, and the winner, “No Country for Old Men,” was typical of the dark themes of the nominees.)

It certainly won’t hurt the telecast that six of the Best Picture nominees are $100 million movies, one is close and the other two are an overperforming foreign film ("Amour") and an overperforming little indie ("Beasts of the Southern Wild").

As for how much it’ll help, the answer won’t come until next week.