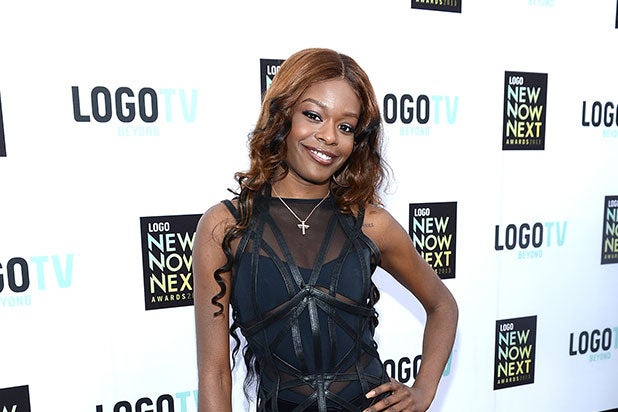 Azealia Banks has been given a time-out by Twitter — and the rest of the Twittersphere is figuratively breaking out the champagne in celebration.

Following news that the rapper’s account was suspended after she went on a racist, homophobic rant against former One Direction member Zayn Malik, Twitter users exploded with glee, sending the hashtag #AzealiaGotSuspendedParty to the upper reaches of Twitter trends.

Many Twitter users suggested that the suspension was just desserts for Banks, who has a habit of making incendiary comments online.

“Karma comes back around,” one Banks detractor said.

“The music for the #AzealiaGotSuspendedParty provided by Zayn,” another chimed in.

The blow-up between Banks and Malik took root on Tuesday, after Banks suggested on Instagram that Malik’s new music video is similar to one of hers.

“I’m not mad about this though. Zayn is a cutie pie,” Banks added.

Her tone changed dramatically, however, after Malik posted a few tweets that Banks apparently thought were directed at her.

“Imma start calling you punjab you dirty bitch,” Banks tweeted in Malik’s general direction. “You a dick rider for real for real. Ride this dick until the wheels fall off Punjab.”

Malik clarified that, no, he wasn’t tweeting about Banks. Which didn’t prevent Banks from tweeting, “@zaynmalik lol u a bitch nigga for even responding like that. Keep sucking this yung rapunxel dick u hairy curry scented bitch.” And other nasty things.

When reached by TheWrap, Twitter would not directly comment on Banks’ account, but rather pointed us to their policy that states: “We may suspend an account if it has been reported to us as violating our Rules surrounding abuse. When an account engages in abusive behavior, like sending threats to others or impersonating other accounts, we may suspend it temporarily or, in some cases, permanently.”

Banks’ Twitter account has since been re-activated. But feel free to join the party with some choice tweets below.

Sorry I’m late. I just landed for the #AzealiaGotSuspendedParty ! pic.twitter.com/zgOnhXT7er

PERSON: “so who won the battle at last?”

When you’re at the #AzealiaGotSuspendedParty and someone says they support her. pic.twitter.com/xLzL7Da4Q6