Director Werner Herzog has held actors at gunpoint, been shot in the stomach mid-interview with the BBC, rescued Joaquin Phoenix from a car wreck and — after losing a bet to documentarian Errol Morris — feasted on his own shoe. Of course, he’s also known for his brilliant work on such films as “Aguirre: The Wrath of God,” “Fitzcarraldo,” “Nosferatu” and “Grizzly Man.”

His new “Bad Lieutenant: Port of Call New Orleans,” a revisit of Abel Ferrara’s 1992 classic, features Nicolas Cage as a drug-addled cop in search of cheap sex and a higher high. Herzog talked to TheWrap about the new movie, documentaries and nearly having Klaus Kinski killed — and he offers advice on how to prepare and eat a shoe. 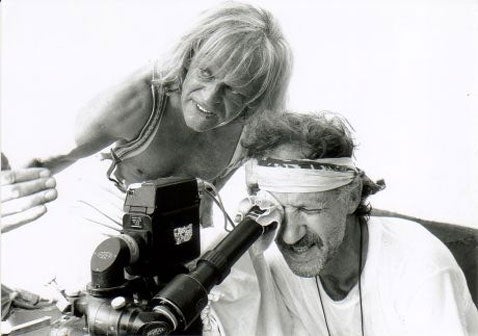 I do not really recall. I only remember that I cooked the shoe with a lot of garlic stuffed in it, and I cooked it in duck fat, which was the main dish that day. I thought duck fat would create much more temperature until it boiled, until it reached boiling point, which is correct. But it made the leather shrink and made it even tougher, so I could only swallow it down by cutting the leather into small fragments with a pair of poultry shears.

So I had a six-pack of beer and swallowed down, took a swig and a swig and a swig, and I only remember that I was kind of drunk. And I have no clear reminiscence of how it tasted. Man, I was just drunk!
No wonder “Bad Lieutenant” producer Edward Pressman called you the bad lieutenant of filmmakers.
I think it’s a very nice way to express it. Of course, it’s meant ironically, but I’m kind of guerilla style and full of wild fantasies, and that’s a nice compliment.
Don’t you find, though, that if you take chances, you run certain risks that can damage your career?
I don’t care about career. I have no kind of career, I only have my life. I’ve made 50, maybe 60 films by now, and I’m continuing to do it. But sometimes you have to be rogue, you have to be guerilla style.
… And then there’s your famous relationship with Klaus Kinski. A significant portion of his autobiography is dedicated to what a rat you are.
It’s great fun. It’s all invented. It’s the way he would have loved to invent his life and, of course, very much of it is made up.
It’s like one continuous orgy. Most of it’s who he had sex with and how.
Yes, I helped out while he was working on the translation of it. I brought a dictionary, and we found even more violent, more debased expressions.
People have called it a love-hate relationship, but you said, “No …”
I never hated, nor did I love him.
But you did want to kill him.
There were some moments, yes, sure, where not “want,” but I needed. You had to discipline him and point out there is a duty beyond our private lives, our private feelings, our personal disgusts at this very moment — and you don’t just leave the set of a film for a good 12 days before the end of shooting, as he did with “Fitzcarraldo.” We just don’t do that.
“There’s a danger out for you now,” I told him, and I described the danger to him, and he understood that I was not joking. Then he screamed for the police. I mean, it was in the middle of the jungle and the next police house was 450 miles away.
Did you ever think of winging him, just to put a scare into him?
It was not just some sort of scare. It was serious. There was something serious going on.
The native Indians wanted to kill him for me — and these guys mean business. They would have done it in 60 seconds flat. So I had to stop them. We were not done shooting yet. “I need the pestilence!” 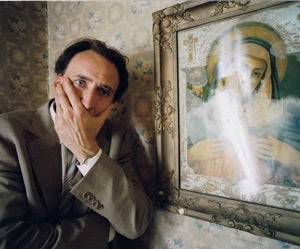 He was a man of phenomenal gifts, a man — by the way, like Nicolas Cage – who has the grace of God upon him and the presence and intensity on screen, which is, in a way, unprecedented.
Speaking of Cage, you originally planned to shoot “Bad Lieutenant” in New York …
It was written for New York, but all sides were converging to do it in New Orleans after the destruction by the hurricane and the collapse of civility. The producer, Avi Lerner, called me almost apologetically and he said, “Couldn’t we shoot it in New Orleans? You know, we have to look after money, and they have these tax incentives.” And I said, “Wonderful, that’s what we have to do. Can’t get any better.”
At the same time, Nicolas wanted to shoot in New Orleans, which has been a very, very important place for him for personal reasons.
It gives it a very documentary feel. How much does your narrative work inform your own documentaries?
Of course, some of my documentaries are just feature films in disguise, stylized with poetry and imagination. So they’re not so much fact-based as you would normally see. It’s thought that fact, per se, constitutes truth, but it doesn’t. Facts do not illuminate you.
The phone directory of Manhattan would be the book of books because there are 4 million entries, all factually correct. Yes, sure, all correct, but it doesn’t illuminate you. It’s the accountant’s truth. So I’ve been after something else, something that gives you the feeling of ecstasy.
x
Looks like you're enjoying reading