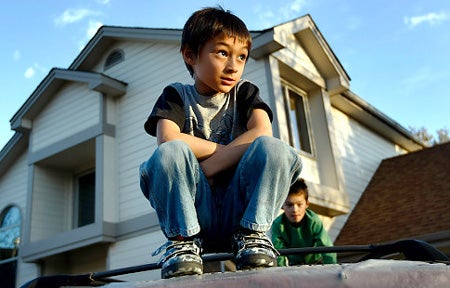 The Balloon Boy story has, thankfully, been off the front pages this week. But that didn’t stop Jim Alderden, the Larimer County sheriff, from publishing an amusing, 3,000-word post on the Larimer County Sheriff’s Office Bull’s Eye blog (tagline: “Straight Shooting From the Sheriff”), responding to critics who said the police “misled the media” for 48 hours without investigating the apparent hoax.

“I sometimes have trouble figuring out what to write about, but not this week," Alderden wrote. "Some of you may have heard about a little incident we had involving a spaceship balloon.”

For Balloon Boy completeists, it’s worth a read. For the rest of us, here are two highlights:

There were those who think we should prosecute the Henne’s to the fullest extent of the law, and those that don’t.  There were many who think Child Protection should be involved and take the children away.  Others disagree.  Child Protection is in fact conducting an investigation to ensure the children’s safety.  That doesn’t mean they will be taken away and it doesn’t mean they won’t, but given everything we know, we do need to take a close look at this.

Just for the record and all appearances to the contrary, I really don’t enjoy being in the media spot-light.  In fact, I’m pretty ticked off that I had to spend my weekend dealing with them instead of some quality time in the saddle.  That said, sometimes the Sheriff just has to be the spokesperson instead of putting it off on the Press Information Officer.  I did my best to put an end to the media circus and have refused to do any more interviews or morning TV shows, even turning down Dr. Phil.

Alderen added that of the 500 e-mails and hundreds of phone calls his office has received, he “particularly liked the caller who had proof that Hillary Clinton was a space alien.  At least that caller had some credibility.”