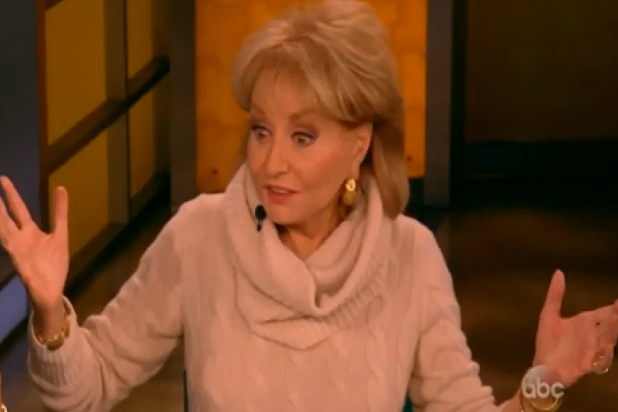 “The View” mainstay offered a perhaps-too-generous glimpse into her private life on Monday’s episode, revealing that she has a sex toy that she refers to as “a selfie.”

The magic moment came during a discussion of Walter’s age (she’s 84), when “The View” co-host Jenny McCarthy asked Walters if she has “more self-confidence and more self-love” at this stage of her life.

“You know what it’s called?” Walters replied, answering a question that no one asked. “A selfie!”

Also read: Barbara Walters on Jenny McCarthy: ‘I Think the Criticism About Her Was Unfair’

And there you have it.

With Walters’ retirement drawing ever closer, wise investors might consider buying some stock in Duracell. Until then, watch Walters talk about her selfie below.