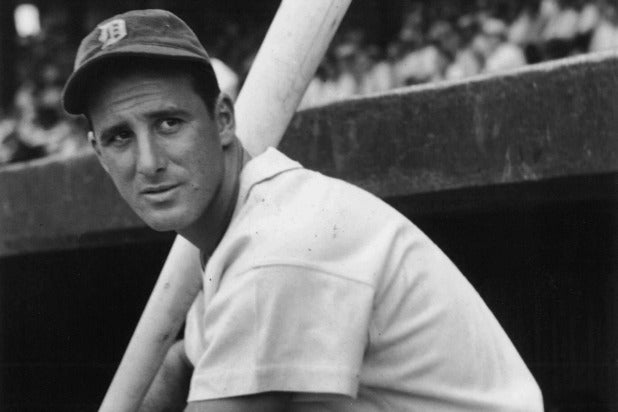 As the Washington Nationals attempt to clinch their baseball playoff series against the Los Angeles Dodgers today, another drama is being played out among the owners and fans. The challenge is the annual fall dilemma for those of the Jewish persuasion, deciding whether to observe our holiest day of Yom Kippur or whether to watch or attend a baseball game featuring our favorite team.

One only has to look up the lore about two Jewish baseball players who faced the choice of religion versus being a key to their team’s winning. In 1934, young home run slugger Hank Greenberg (pictured), who grew up in an Orthodox Jewish home in New York City, chose to go to the synagogue instead of the stadium on Yom Kippur during a pennant race. When he entered, the whole congregation stood up in support of his decision. Even though the Detroit Tigers needed his power and lost that day, Greenberg decided to honor his parents, and the city embraced his decision.

Edgar Guest wrote a poem in the Detroit Free Press: “We shall miss him on the infield and shall miss him at the bat / But he’s true to his religion — and I honor him for that!'”

Greenberg’s action was even more significant because it occurred in the city that was a hotbed of domestic anti-Semitism. This hall of famer’s story has been the standard for Jewish baseball players and fans for over 80 years.

Children of Jewish families growing up in Detroit annually heard about how Hank Greenberg did not play on Yom Kippur. Our father would tell my brother and me the story religiously on the holiest day to the point that we figured Hank Greenberg was part of Kol Nidre services. (No wonder I spent 13 years making sure a film on Greenberg came to the screen. )

The other famous story of a Jewish baseball player not playing on Yom Kippur, of course, belongs to the Dodgers’ hall of fame pitcher Sandy Koufax, who took a similar stand 31 years after Greenberg did. In 1965, Koufax was scheduled to pitch on Yom Kippur during the World Series, and he also declined his rotation position for religious reasons. This was after the Dodgers relocated from Brooklyn, and Koufax became even more popular among Jewish fans for his decision. Although as a pitcher Koufax could play another day, he is also mentioned with Greenberg as the two major stars who have confronted this dilemma.

Also Read: Goodbye, Vin Scully: In a Format Designed for Play by Play, He Found Poetry

As today’s game at Dodger Stadium continues into the evening, Jewish fans will be speculating if Joc Pederson, whose mother is Jewish, will be playing or not. There are no Jewish players on the Nationals.

There are, however, Jewish owners who I would predict are struggling whether to attend or spend the whole game at the stadium. Two of the Dodgers owners, Stan Kasten and Peter Guber, are Jewish. Maybe Katsen is conferring with Koufax today, since the hall of fame pitcher remains affiliated with the Dodgers.

The newer and exiting Washington Nationals are owned by developer Ted Lerner, who grew up selling magazines to raise funds for bleacher seats to watch the Senators play at Griffith Stadium in D.C. Lerner, who usually does not attend games on Friday nights during the regular season, probably will not be at the stadium today. But we will be praying for him to go on and get a World Series ring at age 91.

Then, tonight, as Yom Kippur begins, the San Francisco Giants and Chicago Cubs will face off. If retired baseball player Al Rosen, who was GM of the Giants from 1985 until 1992 and died in 2015, were alive today, I’m sure he would have some good advice for Theo Epstein, the Cubs’ amazing general manager, who previously turned around that other long-lamented squad, the Boston Red Sox.

Years ago, Rosen was the general manager of the Yankees and chose to attenom Kippur. An angry fan wrote him a letter, saying that he saw Rosen on television at the stadium and criticized the Jewish GM for being there. Rosen told me that he angrily wrote back a letter to the judgmental fan: “Why were you watching television on Yom Kippur?”

Anyway, I’m not sure what Epstein will decide to do, but I admire the man for his baseball knowledge and ability to build up teams for locals who suffer from not winning. Besides, who cannot love a man whose grandfather and great-uncle wrote my all-time favorite movie, “Casablanca.” To paraphrase his relatives, “You will always have Boston if your Cubs lose, Theo!”

Just like my baseball-fan forefathers and foremothers, I have been racking my brain: what to do about attending services or going to a game as the playoffs were about to begin. Luckily for me, the synagogue that I attend has two services. I will be watching the showdown at 5 p.m. ET and attend later Kol Nidre services at Temple Sinai at 9 p.m.

Hopefully, this match will not go five hours like last night’s game between the San Francisco Giants and the Chicago Cubs and create a conflict for me. No doubt, Jewish fans in both of those cities are racking their brains in this annual Jewish challenge: baseball versus their religion. In the old days, transistors used to be hidden in the tallis (prayer shawl) bags for easy listening to the baseball scores outside the synagogues.n the holiday.

This Yom Kippur quandary has also affected the highest court of the land. When I filmed Supreme Court Justice Ruth Bader Ginsburg, she explained that Greenberg’s “conscience” not to play in 1934 impacted on the court’s decision not to hold oral arguments on Yom Kippur. The court decided to spare Jewish lawyers this annual potential conflict.

Wouldn’t it be grand if Major League Baseball could be inspired by the highest court of the land? As Rob Manfred has been such an outstanding Commissioner of Baseball, maybe he could be a mensch and cancel playing baseball on Yom Kippur in the future, thus wiping out this decades old conflict. We would all be so grateful. And I am sure all the players would welcome the 24-hour rest.

Aviva Kempner made “The Life and Times of Hank Greenberg” and is now filming a feature documentary on spy catcher Moe Berg. A DVD of her latest film, “Rosenwald,” with an additional disc of over three hours of extra material will be out in February.

Hollywood loves a good story, and now one of the greatest storytellers it has ever served as home to is hanging it up. As longtime broadcaster Vin Scully brings his 67-year career to an end, let's look back at his most famous calls as well as some of his more humorous moments from recent years.
View In Gallery
BIO Aviva Kempner
Aviva Kempner is the co-director with Ben West (Cheyenne) of "Imagining the Indian: The Fight Against Native American Mascoting" documentary. Jessie Atkin is the communications coordinator for the documentary.