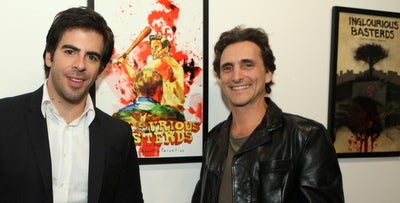 Thirteen cherry-picked artists reimagined key art for the film, with each print signed (and signed off on) by writer-director Quentin Tarantino. Fans had scooped up 76 of the 78-piece collection at $300 apiece before the installation even opened. 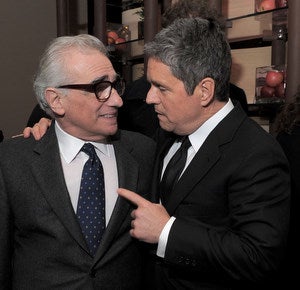 Before its August opening, "This film had a great Comic-Con screening,” Bender said.

Roth told TheWrap, "I knew the film would be huge when I was getting (fan-produced) drawings of the ‘Jew-bear’ twittered to me nonstop on opening weekend." 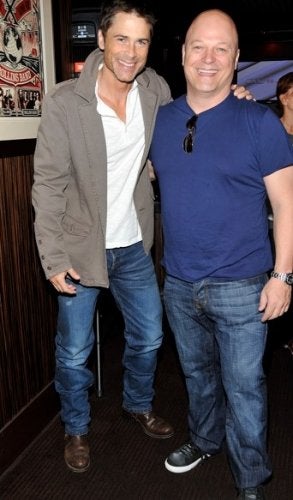 milestones Paramount Chief Brad Grey (right, with Scorsese; photo by Getty Images) appeared to be setting for Scorsese at the Rouge Tomate after-party, the film likely surpassed them with its $40 million opening this past weekend.

On Sunday, two weeks to the minute before the Oscars will be handed out upstairs, Rob Lowe and Michael Chiklis (left; photo by John M. Heller), along with Cindy Crawford and Greg Vaughan, went bowling for Best Buddies and Audi at the Lucky Strike Lanes at Hollywood & Highland.

Best Buddies is a nonprofit that promotes one-to-one friendships and job opportunities for people with intellectual disabilities.