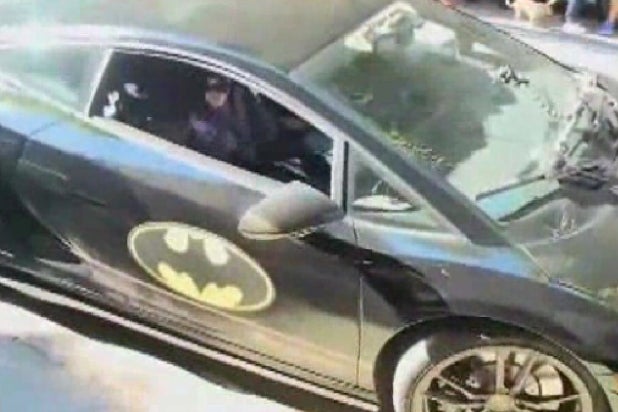 Batkid is currently saving San Francisco — err, Gotham — from the likes of Batman villains The Riddler and The Penguin.

Miles, a five-year-old boy battling cancer, is on the receiving end of one of the coolest Make-A-Wishes ever granted. The young superhero fan wished to be Batman, as five-year-olds do. But the city of San Francisco stepped up and made the impossible about as close to possible as it could be. The new boy wonder teamed up with Batman to save the day.

Thousands of residents volunteered to help make the day memorable for Miles. It started with a personal call from Police Chief Greg Suhr asking for Batkid’s help in apprehending the Riddler. Then a flash mob involving hundreds of people in Union Square were prepared to alert Batkid to the fact that Penguin has kidnapped Lou Seal, the San Francisco Giants mascot. That battle is set to conclude at AT&T Park, the Los Angeles Times wrote.

Don’t worry, good will triumph over evil and Mr. Seal with be saved.

And Mile is doing it all in style. The youngster has a pretty sweet ride for the day: a black Lamborghini Batmobile — equipped with a child safety seat, of course.

KGO-TV kicked off the events with a live news bulletin, while the San Francisco Chronicle published 1,000 copies of The Gotham Chronicle, covering the days events.

Miles’ acute lymphoblastic leukemia is in remission, the Chronicle reported. His final chemotherapy treatment is set for June.

As for Make-A-Wish itself, its website is down due to all the attention. The homepage currently has the following displayed: “We’re sorry, we are currently experiencing technical difficulties due to interest in the Batkid wish. Please check back.”