Batman, or at least a man dressed like Batman, is suiting up to chase off creepy clowns that have been frightening children in a United Kingdom town.

Recent clown sightings were scaring children of Whitehaven, but images of the Dark Knight chasing a clown through the night seems to have given locals some comfort. In fact, a

The BBC Cumbria Facebook page recently posted a few photos of their caped crusader, who is part of the Cumbria Superheroes.

Also Read: The History of Batman's Suit: From Bat-Armor to Bat-Nipples (Photos) 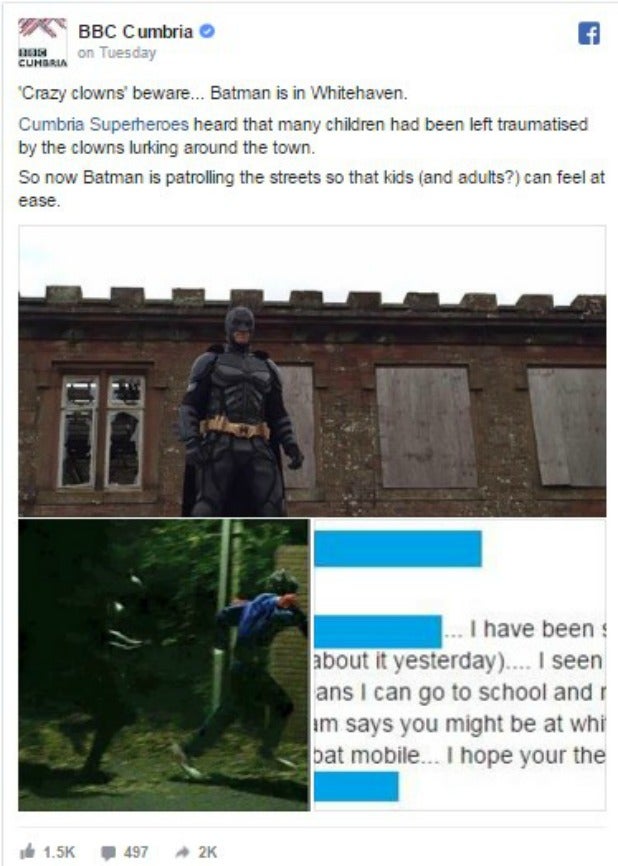 Here is an image of Batman chasing down one of the Jokers. His anti-clown crime-fighting efforts seem to be doing the trick. 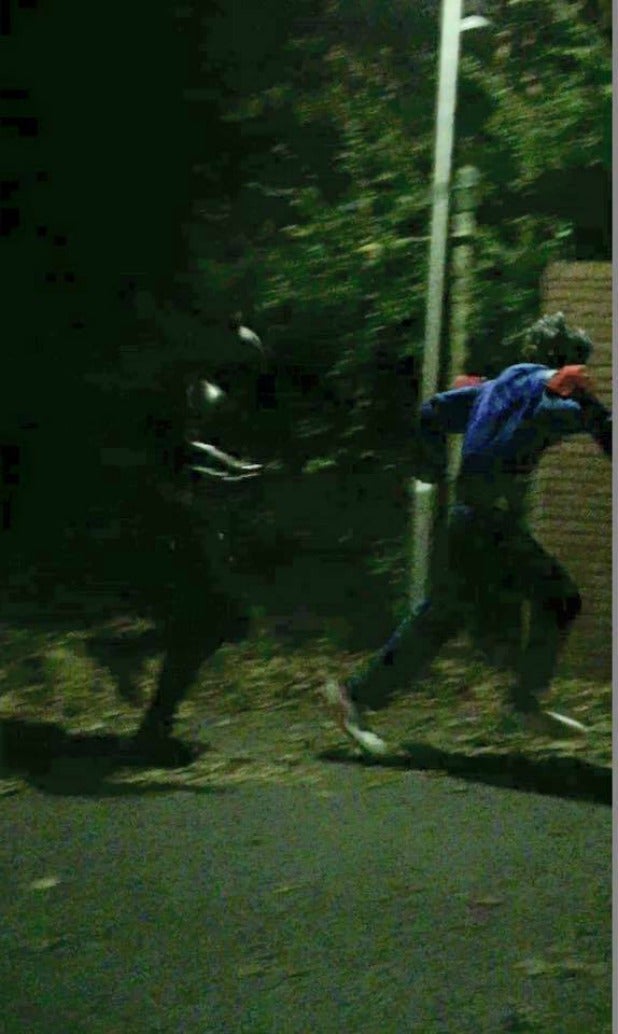 After Batman restored order to Whitehaven, one child wrote to the caped crusader to thank him for allowing them to return to school without worrying about a random clown showing up.

Also Read: Meet 11 Real-Life Playboys Who Could Be Batman (Photos)

With the clown plague in Whitehaven currently contained, Batman can now focus on battling Deathstroke in the upcoming standalone film.

Watch this real-life Batman send a message to creepy clowns in the video below.