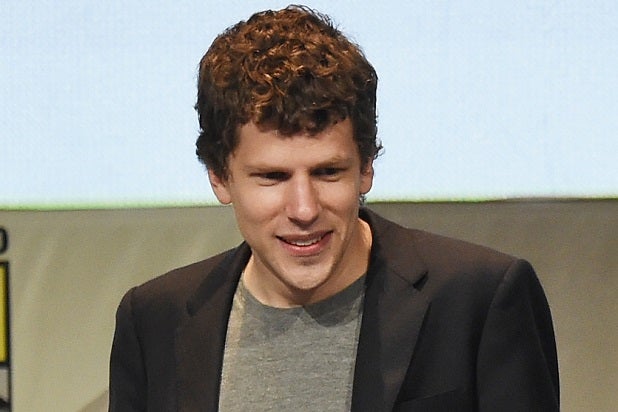 Eisenberg, who plays baddie Lex Luthor in the upcoming superhero film “Batman v Superman,” attended this year’s Comic-Con to promote the film. Apparently he didn’t particularly enjoy the experience, and made that much known with a very unfortunate comparison, according to the Associated Press.

“It is like being screamed at by thousands of people. I don’t know what the experience is throughout history, probably some kind of genocide,” Eisenberg offered. “I can’t think of anything that’s equivalent.”

Per Merriam-Webster, the definition of “genocide” is not “being screamed at by thousands of people,” but rather “the deliberate killing of people who belong to a particular racial, political, or cultural group.” Thus making Eisenberg’s choice of words not particularly appropriate. On a level that would probably make Lex Luthor step back and say, “Dude, that’s just wrong.”

While he was offering his strong opinions, Eisenberg — who plays journalist David Lipsky opposite Jason Segel’s David Foster Wallace in “The End of the Tour” — offered his thoughts on journalists, calling them “pariahs.”

“Yes I have never been on the other side, on your side of journalism. I have normally been the victim so I worked with the guy who I play, I play a real person, David Lipsky,”Eisenberg offered. “I interviewed him. He taught me how to interview and what his process is like and now I understand the pariahs that you guys are.”

Watch Eisenberg shove his foot in his mouth faster than a speeding bullet in the video.