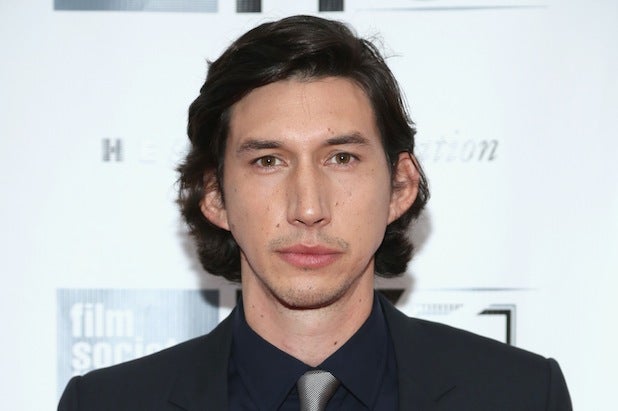 Driver boasts a unique look that fits the rumored description of Nightwing — Grayson’s post-Robin alter-ego — as a “young John Hawkes,” as first reported by Latino Review. At 6’3”, Driver could hold his own against 6’4” Ben Affleck, who will play an older and world-weary Batman.

A source tells TheWrap that at least two other actors may be in the mix to play Grayson, the Caped Crusader’s former sidekick, who’s been estranged from Bruce Wayne for years in the movie, according to Latino Review.

See photos: 10 Horrible Marvel Movies — Before It Took Over the World

Henry Cavill is set to reprise his role as Superman alongside his “Man of Steel” co-stars Amy Adams and Laurence Fishburne.

Driver — who did a stint in the Marines after the Sept. 11 terrorist attacks — is a new favorite on the Warner Bros. lot, where he made a strong impression on the studio’s Greg Silverman with his performance in WB’s dysfunctional family comedy “This Is Where I Leave You.” Shawn Levy directed the 2014 release, in which Driver plays the brother of Tina Fey, Jason Bateman and Corey Stoll and the son of Jane Fonda.

Also Read: What’s the Deal?: Fans Should Give Ben Affleck a Chance as Batman (Video)

Warner Bros. has been busy searching for “Batman vs. Superman’s” female lead, who is expected to serve as a love interest for Batman. Olga Kurylenko is the frontrunner, though Gal Gadot (“Fast & Furious 6”) and Elodie Yung (“G.I. Joe: Retaliation”) have also tested for the part and remain in contention. It’s unclear whether the coveted role is that of Wonder Woman or her alter ego Diana Prince, who is expected to make a brief appearance along with fellow DC Comics character the Flash.

Also Read: ‘Batman Vs. Superman': Watch Gotham and Metropolis Duke It Out on the Football Field (Video)

Since his breakout, Emmy-nominated turn as Adam Sackler on “Girls,” Driver has worked with Clint Eastwood on “J. Edgar,” Steven Spielberg on “Lincoln” and the Coen brothers on “Inside Llewyn Davis.”

Driver next stars opposite Mia Wasikowska in John Curran’s “Tracks” and will soon be seen alongside Daniel Radcliffe and Mackenzie Davis in CBS Films’ romantic comedy “The F Word.” He has also reteamed with “Frances Ha” director Noah Baumbach on “While We’re Young.”

Driver is represented by the Gersh Agency.