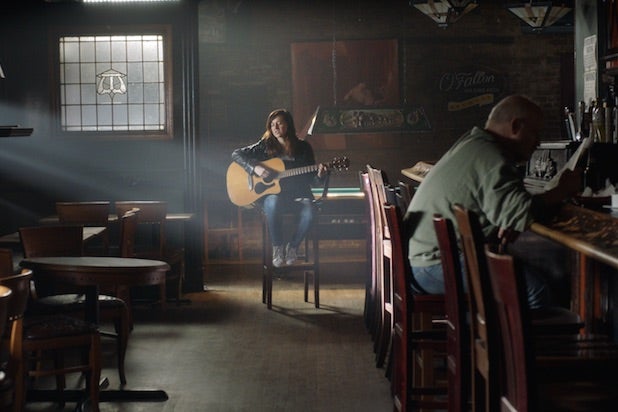 “Becks,” a drama about a lesbian musician adjusting to life back in the conservative small town where she grew up, and “The Night Guard,” a Mexican film about a security guard accused of a crime, won the top jury award at the 2017 Los Angeles Film Festival, Film Independent announced on Thursday.

“Liyana,” a nonfiction film about orphaned children in Swaziland confronting tragedy through storytelling, won the award as the festival’s best documentary.

The only film to win two LA Film Festival awards was Mark Hayes’ “Skid Row Marathon,” a documentary about a superior court judge who trains recovering addicts, alcoholics and convicts from downtown Los Angeles to run marathons. It took the documentary prize in the LA Muse section of the festival, and also won the audience award for documentaries.

The audience award for narrative films went to “The Keeping Hours,” a drama starring Carrie Coon and Lee Pace as parents coping with the loss of a child.

The LA Film Festival launched on Wednesday, June 14 and ran through June 21, mostly at Arclight Cinemas throughout Los Angeles.

12 Song of the Summer 2017 Contenders, From Bruno Mars to Kendrick Lamar (Videos)

"Despacito (Remix)" by Luis Fonsi and Daddy Yankee (feat. Justin Bieber) -- The current frontrunner for Song of the Sumer is Luis Fonsi and Daddy Yankee's "Despacito." The mostly Spanish-language song has been sitting at the top of the Hot 100 for weeks after rocketing from No. 48 to the top 10 after Justin Bieber hopped on a remix last month. Should the reggaeton-pop single take home the crown, it would be a huge coup for Fonsi, a Puerto Rican superstar who hasn't previously had a crossover hit in the U.S.
View In Gallery