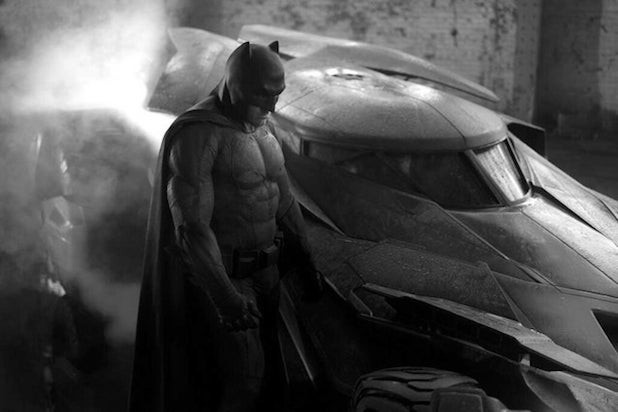 After rubbing Ben Affleck‘s nose in the fact that he wasn’t able to attend George Clooney‘s wedding over the weekend, “Today” Show co-host Matt Lauer asked the actor about all the haters who were angry when he was cast as Batman in the latest Warner Bros. film franchise.

Affleck, as cool as the other side of the pillow and also immune to these sorts of questions after 15 years of periodic public ribbing, brushed off the criticism.

“We have these cultural stories that people have attachments to, they care very much about, the fans have imagined it, they write fan fiction, and they get very into and it and they’re certainly entitled to those feelings,” the Oscar-winning filmmaker and world-famous actor said about cranky comic book fans.

“This is the movie that more than any other movie combined, people come up to me and are really excited,” he added, speaking about “Batman V Superman: Dawn of Justice.” “So to have all this attention, some of it’s positive, some of it’s negative, I think in the end the truth is, you make the movie and the movie works or it doesn’t.”

To his credit, Lauer attacked the angry fanboys on Affleck’s behalf, predicting that Batfleck would end up much like Daniel Craig‘s James Bond, a casting choice that was initially met with great displeasure among 007 devotees.

Oh, and Affleck also spoke a bit about “Gone Girl,” the film adaptation of the mega-hit best-seller in which he stars, out this coming weekend.