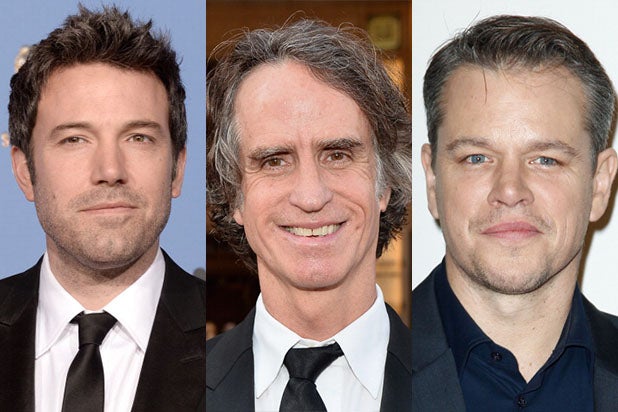 Jay Roach is attached to direct “The Trade,” the long-gestating project about New York Yankees players who swapped wives that Ben Affleck and Matt Damon are producing for Warner Bros., TheWrap has learned.

Damon and Affleck are producing through their Pearl Street Films banner along with Jennifer Todd, though neither actor plans to star in the film. Warner Bros. executive Andrew Fischel will oversee the project for the studio.

David Mandel co-wrote the script with Affleck and his brother Casey Affleck.

Story chronicles the 1970’s scandal caused by New York Yankees pitchers Fritz Peterson and Mike Kekich, who admitted to swapping wives with one another.

The tone of “The Trade” is described as being in the vein of Hal Ashby’s “Shampoo” and some of Sydney Pollack’s films from the ’70s and ’80s.

Roach, who most recently directed “The Campaign,” is attached to direct a Dalton Trumbo biopic starring Bryan Cranston and produce the Universal comedy “The Nest,” which will star Tina Fey and Amy Poehler as sisters. He’s repped by WME, Mosaic and attorney Howard Abramson.