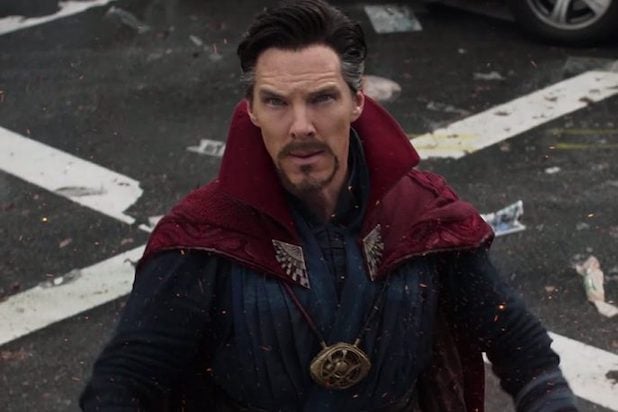 Benedict Cumberbatch is set to return as sorcerer supreme Doctor Strange in the upcoming “Spider-Man 3” opposite Tom Holland, according to an individual with knowledge of the project.

Cumberbatch is expected to play the mentor role that was played in previous Spider-Man films by Robert Downey Jr.’s Tony Stark in “Spider-Man: Homecoming” and Samuel L. Jackson’s Nick Fury in “Spider-Man: Far From Home.”

With the multiverse being all the rage in superhero movies these days, the biggest clue so far that the Marvel Cinematic Universe is heading in a similar direction like DC is the news last week that Jamie Foxx is in talks to reprise his Spider-Man villain Electro in the next “Spider-Man” film as well. Foxx played the character in the 2014 “The Amazing Spider-Man 2,” which starred Andrew Garfield as the web-slinger before the character was brought into the Marvel Cinematic Universe.

Also Read: 'Doctor Strange in the Multiverse of Madness' Pushed Back 4 Months to 2022

Sony has dated the third film for Nov. 5, 2021. Jon Watts, who directed “Homecoming” and last year’s “Far From Home,” will also direct the newest film.

The most recent Spider-Man film, “Far From Home” from 2019, brought back another popular character from a previous iteration of the franchise, having J.K. Simmons reprise his role as J. Jonah Jameson from the original trilogy of films with Tobey Maguire.

Production on the third “Spider-Man” film is expected to got before cameras in Atlanta this fall, while “Doctor Strange and the Multiverse of Madness” is expected to begin production in London this month.