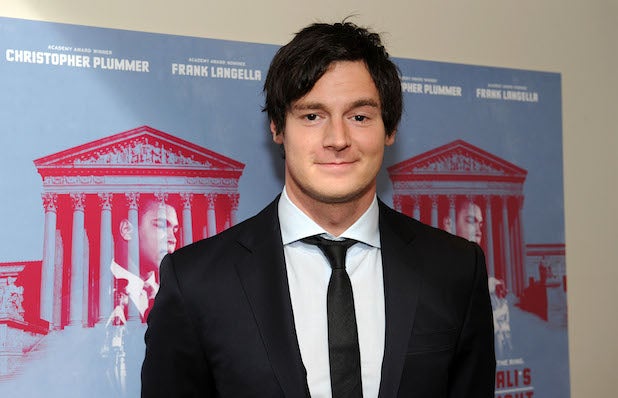 Benjamin Walker (“Abraham Lincoln: Vampire Hunter”) and Teresa Palmer (“Warm Bodies”) have been set to star in the psychological thriller “2:22.”

Paul Currie will direct from an original script by Todd Stein that was later revised by Nathan Parker (“Moon”) and Currie.

Good Universe is launching international sales in Cannes, and production will begin in October in Australia.

Story follows Dylan Boyd (Walker), a man whose life is permanently derailed when an ominous pattern of events repeats itself in exactly the same manner every day, ending at precisely 2:22 pm. When he falls for Sarah (Palmer), a beautiful woman whose life is threatened by these strange events, Dylan must solve the mystery of 2:22 to preserve a love whose second chance has finally come.

“2:22” is being produced by Pandemonium’s Bill Mechanic, Walk The Walk Entertainment’s Steve Hutensky and Lightstream Pictures’ Currie.  The trio recently teamed up on the Pierce Brosnan movie “The Moon and the Sun,” which is currently filming in Melbourne. Garrett Kelleher of Lightstream and Jackie O’Sullivan will executive produce “2:22.”

“From the moment I first read the script, I realized that ‘2:22’ was the kind of project that is extremely rare; a film that is highly cinematic, visceral and mysterious, providing audiences a thrill ride from the first to the very last scene,” said Currie.

“Working with Bill, Steve and Paul on ‘The Moon and the Sun’ has been such an incredible experience and we are thrilled to introduce their next project to the marketplace. There’s real appetite for smart thrillers with sexy cast like 2:22,” added Helen Lee Kim of Good Universe.

Walker, who will soon be seen in Ron Howard‘s epic whale tale “In the Heart of the Sea,” is repped by WME and Inspire Entertainment. Palmer is attached to co-star in John Hillcoat‘s crime drama “Triple Nine,” and she’s repped by WME, Management 360 and Shanahan Management.