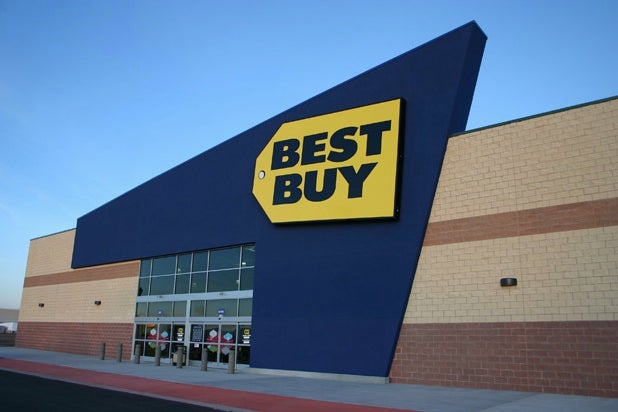 Electronics chain store “Best Buy” apologized Thursday for an attempted funny tweet about a murder case that nobody found funny.

Here was the tweet, since deleted by the company.

The tweet, was a poor attempt at a joke surrounding the murder case that popular podcast “Serial” depicts. The case follows the 1999 murder of high schooler Hae-Min Lee. The podcast, up to its 11th episode, follows the case, for which Lee’s ex-boyfriend, Adnan Syed, was convicted and imprisoned for her murder.

Also read: 'The View's' Nicolle Wallace on Michael Brown Not Being an Innocent Victim: 'This is Not Trayvon Martin' (Video)

Syed’s guilt or innocence is the key point of the podcast’s story, with one of the main determinating factors being whether Adnan made a call from a pay phone in a Maryland parking lot after allegedly killing Lee. The podcast details the lack of ability to confirm there even was a pay phone in the Best Buy parking lot in 1999, further blurring the case against Adnan, who most listeners and social media fans are convinced is innocent.

The “Best Buy” tweet made a cheap attempt at promoting itself at the expense of one of the main plot points in the murder case (Syed has been in prison for 15 years for the murder). After social media revolted, the store apologized.

We deeply apologize for our earlier tweet about Serial. It lacked good judgment and doesn’t reflect the values of our company. We are sorry.

Lesson of the day for retailers: don’t joke about a prominent case featured in a popular podcast.