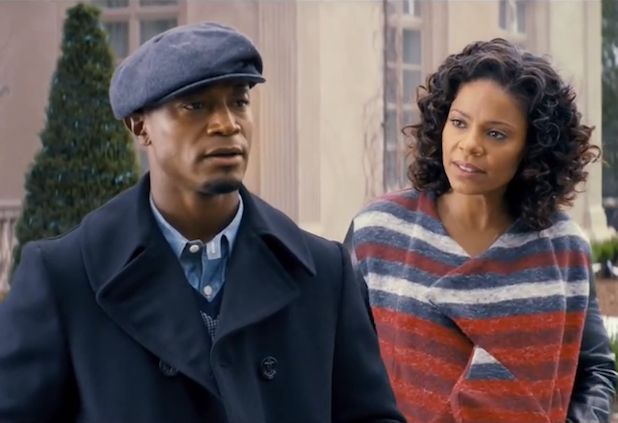 A version of this story appears in the Nov. 20 issue of TheWrap’s OscarWrap magazine.

This has been a banner year for black filmmakers, and yet somehow their success continues to stun Hollywood.

“The Best Man Holiday” was the latest film to thrill viewers, scoring an A+ on CinemaScore and grossing $30 million over its opening weekend.

That was almost enough to knock “Thor: The Dark World” out of the top spot — a result no box office prognosticators predicted.

“Historically Hollywood has done a terrible job assessing the value of films and properties that are driven by women and people of color,” Franklin Leonard, a former studio executive and founder of the Black List, told TheWrap.

“I’m boggled whenever black films do well by the constant refrain that they’ve over-performed,” Leonard said. “How many black films have to “overperform” before we change the model for expectations?””

This is at least the third  film to catch people off-guard this year.

TheWrap’s sources have not been clairvoyant either, also dubbing “The Best Man Holiday” a surprise.

This is not the first time a strong year for black filmmakers has awed Hollywood either. Far from it.

“The Hollywood machine has selective amnesia,” African-American director, producer and distributor Ava DuVernay told TheWrap. “It’s not like we haven’t gone through a season of robust black image makers before.”

She pointed to the rise of filmmakers such as John Singleton and Spike Lee in the late 1980s whle “The Best Man” director Malcolm D. Lee noted the steady success of black comedies in the 1990s. Hollywood has benefitted from an eager black audience before, only to back away.

In doing so, Hollywood discounts a substantial part of its constituency. “12 Years a Slave” screenwriter John Ridley recently compared Hollywood’s inability to satiate a dissatisfied black audience with the Republican Party’s inability to court the black vote.

“There’s an audience out there that you’re not tracking, in the same way that the Republicans didn’t track that audience in the 2012 election,” Ridley told TheWrap. “That audience is there, it is hungry for diversity of entertainment and it has the money to go out.”

The sheer number of films aimed at a black audience this year has spurred talk of an “Obama effect.”

The success has been both commercial and critical. “12 Years A Slave,” “Fruitvale Station” and “Lee Daniels’ The Butler” are all principal Oscar contenders while half a dozen films have performed well at the box office.

Yet the recurring surprise at their financial success suggests such talk ignores the larger quandary.

How can this wave sustain itself, and why hasn’t it before?

Executives estimate studios release two to four films aimed at black moviegoers each year, and one common excuse for the paucity of those films is they don’t play overseas. While a Tyler Perry movie can make money in the U.S., the thinking goes, foreign audiences won’t relate.

“Studios are focusing on the global business and tentpole titles,” Jeff Clanagan, CEO of Codeblack films, a Lionsgate subsidiary focused on making movies for black audiences, recently told TheWrap while discussing the evolution of his company. “If you are looking at urban movies, you are only looking at a domestic audience. It’s harder to get a budget for it when you’re only dealing with domestic revenues and not foreign.”

Clanagan then said it was “a whole other conversation about whether these movies can go foreign.”

DuVeranay was less diplomatic, labeling that explanation a copout. “Even studio executives I speak to behind closed doors admit there is not a real attempt to mine that area for films of color,” she said.

Leonard pointed to the success of black actors such as Will Smith, Denzel Washington and Jamie Foxx, all of whom have been global icons at one point or another. Their success has not created myriad opportunities for unproven filmmakers or actors.

Also read: How Oprah’s ‘The Butler’ Hooked Women, Blacks and Older Moviegoers With One Decision (Video)

“These films make money every time,” Duvernay said. “But it doesn’t trigger a greenlight frenzy.”

Her film “Middle of Nowhere” was nominated for several Independent Spirit Awards and DuVernay won the John Cassavetes award at that ceremony. But she says that no matter how well her films do, “I have to start from square one every time, and that’s not the case for my white male counterparts.”

She has tried to establish a pipeline for black filmmakers in the independent space, founding the African-American Film Festival Releasing Movement. AFFRM is an independent distributor dedicated to releasing arthouse movies that often disappear after a few film festival screenings.

It has released six movies, including “Middle of Nowhere.”

Yet diversity is a larger problem is at the studio level. While a black filmmaker can scrap together support for a film with a modest budget, securing the support of a major distributor or financier has proven far more challenging.

If there was ever reason to believe that will change, it’s this year’s crop of movies. More than a dozen movies are opening in an 18-month span, and the diversity, depth and success of those movies is unlike any in recent memory.

Some offer unvarnished looks at slavery and segregation while others are universal tales of love and farcical comedy.

“What’s fueling the renaissance, if you want to call it that, are good stories,” David Talbert, who directed “Baggage Claim,” told TheWrap. “The stories would be good regardless of who was acting in them. Kevin Hart’s stand-up is just funny material. ‘The Butler’ is a historic and it’s just a good piece.

“That’s what’s going to keep this from becoming an anomaly.”