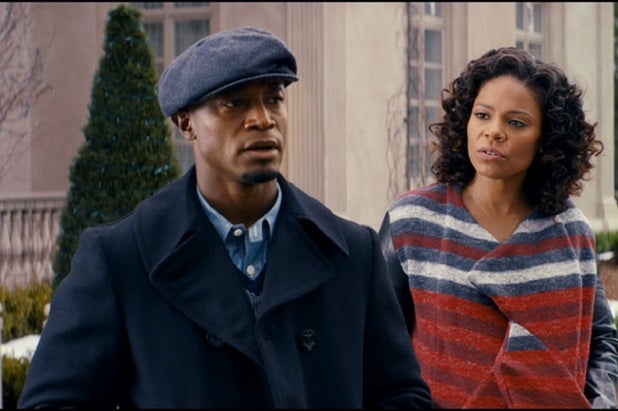 Suppose you threw a giant reunion party and ended up topping the box office?

That’s what fans of  “The Best Man Holiday” did Friday, lifting the sequel to a $10.7 million opening night and knocking off the reigning No. 1 movie, “Thor: The Dark World,” in the process.

The R-rated African-American romantic comedy is on course to finish with around $30 million for the three days, well ahead of projections, which were for around $20 million. With a production budget of just $17 million, “The Best Man Holiday” will be a big financial win for Universal.

Disney’s Marvel superhero sequel wasn’t far behind Friday with $10.4 million and should wind up the weekend at around $35 million for its second win in a row. It’s in a lot more theaters – 3,841 to 2,024 – than “Best Man Holiday” and many are 3D and Imax, so it is expected to dominate Saturday and Sunday. “The Dark World” is at $119 million domestically and has brought in more than $350 million worldwide.

But “Best Man Holiday” fans stole the show on Friday by partying like it was 1999.

That’s when the original “The Best Man” opened at No. 1, and Malcolm D. Lee – who writes, directs and produces with Sean Daniel – reassembled the ensemble of the first film for this holiday sequel, the week’s only wide release.  “The Wolf of Wall Street,” directed by Martin Scorsese and starring Leonardo DiCaprio, had been set to open this weekend, but Paramount last month shifted it to Christmas Day.

The film aimed directly at African-American audiences, women in particular, and it’s connecting. Advance sales were strong, and a survey conducted by online ticket broker Fandango suggests it became something of an event. Forty percent of the ticket buyers said they’d see it with a group of four or more.

“Last Vegas’ was running a solid third after taking in $2.5 million Friday. That’s just a 22 percent drop from last week and puts the geriatrics-gone-wild comedy on pace for a $9.5 million third week for CBS Films. It’s brought in $40.6 million overall.

Paramount’s “Jackass Presents: Bad Grandpa,” in its fourth week, was next with $2.2 million Friday. That topped the $1.7 million gobbled up by Relativity’s “Free Birds,” but the 3D animated kids film could overhaul “Grandpa” if families turn out on Saturday and Sunday, and both films will likely wind up with around $7.5 million for the weekend. “Bad Grandpa” is up to $84 million domestically, and “Free Birds” is at about $36 million after three weeks.

“Gravity” is still orbiting in its ninth week, taking in $1.7 million on Friday. That puts the 3D space epic on course for a $6 million weekend. It’s taken in $235 million domestically for Warner Bros., and more than $477 million worldwide.

Summit Entertainment’s sci-fi tale “Ender’s Game” is also looking at $6 million for the three days, after taking in $1.7 million on Friday, and a $53 million domestic total after three weeks.

Oscar hopefuls “12 Years a Slave” and “Captain Phillips” were next and should finish at around $4.5 million. The slavery saga brought in $1.3 million from 1,411 theaters Friday in its fifth week  for Fox Searchlight; Sony’s Tom Hanks piracy tale brought in $1.2 million from 2,626 theaters and could cross the $100 million domestically this weekend.

Focus Features expanded “The Dallas Buyers Club,” another Oscar hopeful, from 35 theaters to 184 and it brought in $492,000. That’s an OK $2,675 per-screen average for the AIDS drama, starring Matthew McConaughey and Jared Leto.