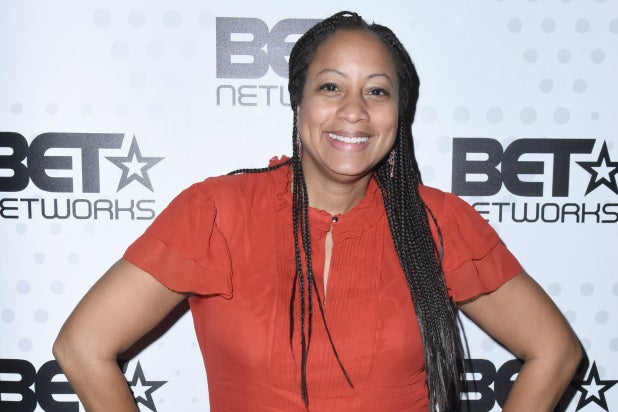 BET says it has fired head of original programming Zola Mashariki — but she disagrees.

This morning, TheWrap obtained an email in which Mashariki says that despite BET announcing her exit on Wednesday, she is still with the company on a medical leave since after being diagnosed with breast cancer in February. Mashariki further charges that the company’s announcement violates company policy, and possibly the Family Medical Leave Act.

A BET rep told TheWrap: “These claims misrepresent the facts and are without merit. We strongly deny any allegation of wrongdoing.”

Additionally, a person close to the network told TheWrap that Mashariki was terminated on grounds of performance issues that predate her notification to the company of a need for medical leave.

The person contends that BET conducted an investigation” into Mashariki’s allegations and found no evidence to support her claims.

Mashariki did not reply to TheWrap’s email request for comment. An email and voice message for her attorney did not yield any immediate response.

In her internal email, Mashariki says she has been out of the office since December, and recovering from surgery since February 6. She said she had a second surgery last week. Still, Mashariki stated that she planned on returning to work next month, unless her medical leave was expanded.

We’ve included some excerpts from the note below, which came from Mashariki’s BET email address. We’ve confirmed with a source close to the network that the email was indeed sent by Mashariki.

“Here are the facts: I am on medical leave. My job is protected by the Family Medical Leave Act and related statutes (FMLA) and I have a contract in place,” her email reads. “Viacom/BET are aware that I am scheduled to return on April 11 and that my medical leave may need to be extended depending on the progress of my recovery.”

She also said she should not have been included in an announcement about another employee’s effort.

“Bob Bakish [president and CEO of Viacom] has said our company values should be honesty, empathy and bravery. I agree with this wholeheartedly and our team has embodied this over the 2 years we have worked together,” it continues. “Without question, including me in Stephen’s departure announcement in not in keeping with those values.”

Mashariki’s note concludes: “I am continuing to focus on improving my health. I have faith in the Viacom/BET leadership and know they will fix this. I have a long history in Hollywood and am grateful for the outpouring of support I have received across the entire industry during this difficult time.”

Two days ago, the Viacom cable channel said that Mashariki was leaving the company along with programming president Stephen Hill. BET said Hill was stepping down, though the network didn’t specify the circumstances behind Mashariki’s departure. BET included a lengthy note from Hill thanking his colleagues and a nice letter from chairman and CEO Debra Lee lauding his importance, though there was no such attention given to Mashariki.

When TheWrap reached out that day for clarification on her exodus, a channel rep did not respond to us.