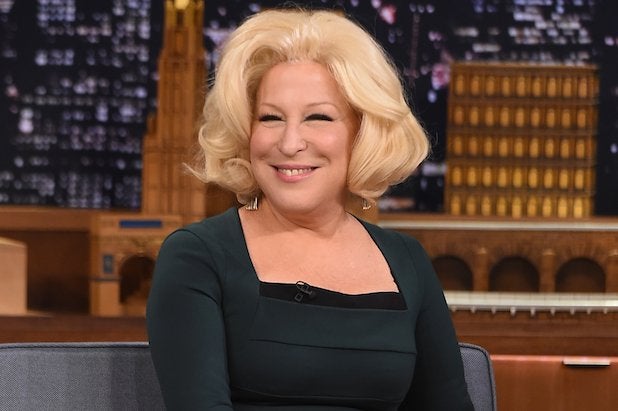 Bette Midler is demanding an apology from Fox News contributor Geraldo Rivera after video re-surfaced of the veteran singer and actress telling Barbara Walters in 1991 that Rivera and a producer “groped” and drugged her in a bathroom in the 1970s.

“Tomorrow is my birthday. I feel like this video was a gift from the universe to me,” Midler tweeted on Thursday.  “Geraldo may have apologized for his tweets supporting Matt Lauer, but he has yet to apologize for this. #MeToo”

Tomorrow is my birthday. I feel like this video was a gift from the universe to me. Geraldo may have apologized for his tweets supporting Matt Lauer, but he has yet to apologize for this. #MeToo pic.twitter.com/TkcolFWfA2

“He and his producer left the crew in the other room, they pushed me into my bathroom, they broke two poppers and pushed them under my nose and proceeded to grope me,” Midler told Walters in the interview that resurfaced this week. Poppers refer to packets of amyl nitrite, a chemical that is often inhaled recreationally to relax muscles.

Rivera — a network icon on Fox News — has seen his stock fall swiftly in the last 24 hours. Yesterday, he posted a defense of Matt Lauer, calling news a “flirty business.”

Sad about @MLauer great guy, highly skilled & empathetic w guests & a real gentleman to my family & me. News is a flirty business & it seems like current epidemic of #SexHarassmentAllegations may be criminalizing courtship & conflating it w predation. What about #GarrisonKeillor?

The post prompted a storm of criticism against Rivera, leading him to issue a lengthy series of tweeted clarifications. The tweet unnerved Rivera’s employers at Fox News so much that they felt compelled to issue a statement distancing themselves from the host.

“Geraldo’s tweets do not reflect the views of Fox News or its management. We were troubled by his comments and are addressing them with him,” said a network representative.

Neither the statement nor Geraldo’s apology specifically speak to the Midler accusation. Fox News did not respond to multiple inquiries from TheWrap Thursday for clarification on whether Rivera will face consequences at the network.