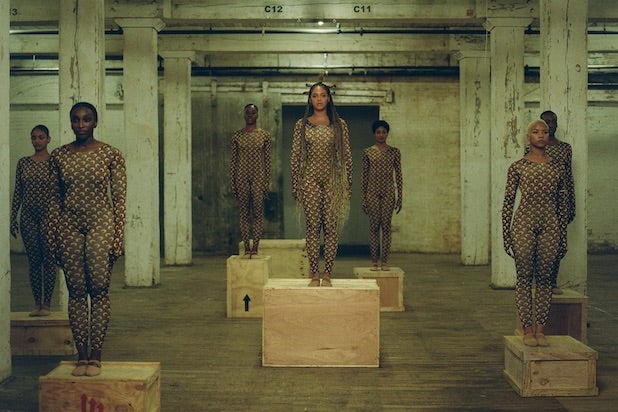 Beyonce’s new visual album “Black Is King” was the result of a year’s worth of collaboration between the pop star and dozens of Black filmmakers, actors and artists. But had it not been for the COVID-19 pandemic, we might have gotten more.

In an interview with The Fader, three of the “Black Is King” directors, Kwasi Fordjour, Emmanuel Adjei and Blitz Bazawule, mentioned that they had plans for additional shooting with Beyonce in South Africa this past spring. But when the pandemic arrived and shut down international travel, the team was forced to reinvent the narrative they were trying to create with the footage they already had.

“We were planning to add more to the story! We had to table that idea and really look at everything we had and go, ‘okay, this is what we’ve got, here is the messaging, here is the story. How can we enhance this?'” Fordjour said. “We had the key ingredients and all of those things helped tell the story the way we told it.”

Bazawule saw the canceled shoot as a blessing in disguise.

“The timing of this piece could not have been better,” he said. “The fact that we were planning to add more and the universe said nope. We were shooting so much content that we never fully watched or listened to, so we had to go back and create from what we already had.”

Beyonce teamed with the filmmakers to reimagine the narrative of “The Lion King” — which inspired her 2019 album “The Gift” — with a new human focus anchored in African culture. The project was initially meant to be a series of unrelated videos but soon grew into a unified story that the filmmakers compared to a tapestry.

“The whole process of building this film felt like creating this painting and every brushstroke adds a new image like you’re discovering what you’re making,” Adjei said. “Sometimes you need to remove stuff, sometimes you need to add a little bit more. Sometimes you have to change your whole palette, but that was an essential part of this project. It was an unorthodox way of making a feature-length project.”

“Black Is King” is streaming now on Disney+.