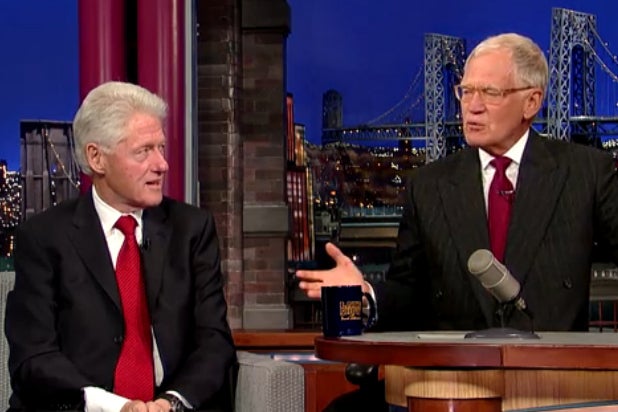 Bill Clinton and David Letterman played an unofficial game of “Will she, won’t she?” on Monday’s “Late Show” with regards to Hillary Clinton’s highly-speculated future political plans.

Letterman welcomed his guest by offering a fair price on office space in the CBS building, should Bill know of anyone who might need a campaign headquarters in 2016. The wink-wink, nudge-nudge was more than implied.

Bill Clinton expertly deflected the question while maintaining that he honestly doesn’t know Hillary’s presidential candidacy future, because neither does his wife, who is busy finishing a book, doing charity work and — occasionally — behaving like a regular human being.

“We’re having a lot of fun, we go to movies and restaurants, take walks — being a normal person,” Clinton said. “At our age, that counts for something — being able to have a little fun.”