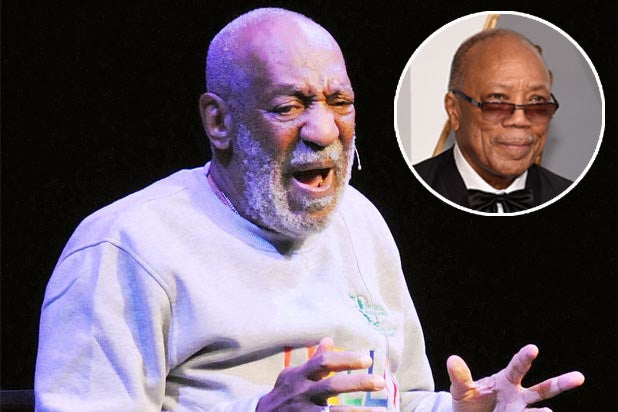 Music producer Quincy Jones should be deposed in a civil case against Bill Cosby, according to a motion filed Monday by the attorney for Tamara Green and six other Cosby accusers.

According to new documents in the Massachusetts libel case brought by Green and the other women, Jones had knowledge of Cosby’s history of alleged sexual assaults.

The attorney for the accusers, Joseph Cammarata, described Cosby’s recent Motion to Stay while he deals with a criminal charge of sexual assault in Montgomery County, Pennsylvania, as “gamesmanship.”

The attorney said the request was “particularly dubious” since the two cases are separate.

Earlier this month, the embattled comedian’s wife, Camille Cosby, filed an emergency motion to stay a deposition scheduled in connection with the civil lawsuit, claiming she “has had no involvement with the facts or allegations underlying” the accusations.

Cosby is being sued by Green and other accusers, who claim they were defamed by statements issued on behalf of the comedian after they accused Cosby of sexual misconduct. He has denied the allegations.

The comedian has been accused of rape or sexual assault by dozens of women, many of whom claim that he had drugged them beforehand. In addition to multiple civil cases, Cosby faces a criminal case in Pennsylvania, based on the accusations of former Temple University employee Andrea Constand. Cosby has also denied those accusations.