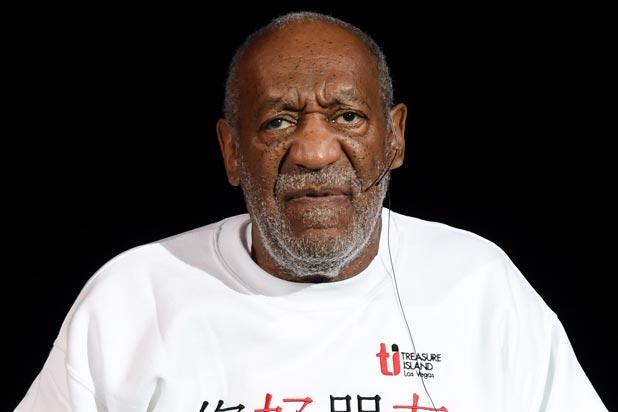 Bill Cosby is going on the offensive against several of his accusers.

The scandal-plagued comedian, who has been accused of sexual assault or rape by dozens of women in the past year, is now countersuing seven of those women, claiming that they made “malicious, opportunistic, and false and defamatory accusations of sexual misconduct against him,” his attorney, Monique Pressley, said Monday.

The countersuit was filed against Tamara Green, Therese Serignese, Linda Traitz, Louisa Moritz, Barbara Bowman, Joan Tarshis and Angela Leslie, who have their own suit against the comedian.

“Suing all seven counterclaim defendants of the Green lawsuit for defamation, per se, defamation, tortious interference and intentional infliction of emotional distress, Mr. Cosby states plainly that he neither drugged nor sexually assaulted the defendants and that each defendant has maliciously and knowingly published multiple false statements and accusations from Fall 2014 through the current day in an effort to cause damage to Mr. Cosby’s reputation and to extract financial gains,” Pressley said in a statement on Monday.

The women are suing Cosby for defamation, claiming that the comedian defamed them with comments made to the press after they accused him of misconduct.

Also Read: Bill Cosby Hit With New Lawsuit by Woman Claiming He Tried to 'Force Her to Give Him Oral Sex'

The accusers’ attorney, Joseph Cammarata, called the countersuit “retaliatory” in a response provided to TheWrap.

“This is right out of the defense lawyer’s playbook. If the facts of law aren’t on your side, you go after the plaintiff,” Cammarata said. “You have a chorus of other women who have come out and made allegations against Mr. Cosby of sexual assault and abuse and yet he’s only seen fit to bring a claim against seven of the ladies. Seems a bit retaliatory to me.”

In response to the countersuit, attorney Gloria Allred — who herself is representing numerous Cosby accusers — claimed that the comedian is waging a “war” against his accusers.

“Bill Cosby appears to be going to war against women who have sued him in Massachusetts  and who allege that he has victimized them,” Allre said in a statement provided to TheWrap. “Although I do not represent the women in that  case, I do believe that in general that such a tactic will not deter courageous women from fighting the battle against him.”

In recent months, dozens of women have come forward to accuse Cosby of rape and sexual assault, including “Cosby Show” actress Lili Bernard, who alleges that the comedian drugged, raped and threatened her while he was mentoring her in preparation for her appearance on the sitcom.

In the wake of the accusations, Cosby has suffered career setbacks, with Netflix postponing a comedy special that was to have aired late last year, and NBC shelving a comedy that it was developing as a possible starring vehicle for the comedian.

Cosby’s former attorney, Martin Singer, has denied accusations made against the comedian in the past.